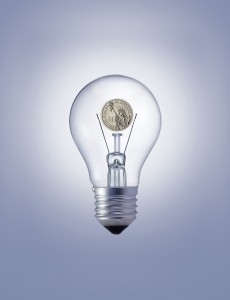 The banking industry and its ‘Clause IV moment’

If the banking industry wants to rebuild trust and persuade policymakers that it has fundamentally changed, it needs to show that it has changed the way it thinks as well as how it behaves.

‘The reason the Labour Party has been out of power for 15 years is simple – society changed and we refused to change with it. If you do not change, you die.’ It is nearly 20 years since Tony Blair gave this stark warning to his party and persuaded it to change.

By dropping the commitment to nationalisation that had been written into its constitution nearly a century before, the Labour Party had its ‘Clause IV moment’, a phrase that has become synonymous with painful but necessary and transformative change.

The move marked the transition from Old to New Labour, ended more than a decade in the political wilderness, and helped the party win an unprecedented three elections in a row.

The banking industry knows a thing or two about being in the wilderness. But as it tries to find a path back to rehabilitation, it is unclear whether it has yet fully understood the need to have its own ‘Clause IV moment’. For all the positive talk of cultural change and the undoubted progress that the industry has made, how committed is it to fundamental change – and how much of that commitment is only skin deep?

In Washington last week, the banking industry was making all the right noises at the annual meetings of the Institute of International Finance and the International Monetary Fund. Douglas Flint, chairman of HSBC and unofficial spokesman for global banking in his role as chairman of the IIF, challenged the industry to prove it could be trusted to control itself, and argued that ‘culture and ethics are essential to restoring a solid and trusted financial system’.

Anshu Jain, co-chief executive of Deutsche Bank, warned that all of the efforts to reform the industry would count for nothing if it failed to rebuild trust. While Philipp Hildebrand, the former head of the Swiss central bank who is now vice chairman of BlackRock, called for a ‘personal transformation’ of the leaders of the industry. Higher powers were also calling for change. The Archbishop of Canterbury warned that a failure to fundamentally change would lead to ‘yet more decades of a lack of trust’.

On that reading, you might think that the industry has fully embraced the need to embrace change, rebuild trust and redefine its culture. But before anyone gets too excited, one way of defining a ‘Clause IV moment’ is that it must meet three criteria: first, real change must come from within; second, the change must be concrete; and third, it must be painful.

On that basis, the banking industry has a very long way to go. Here’s how one policymaker – Pat McFadden, a Labour MP and member of the Treasury Committee – framed the industry’s need for a ‘Clause IV moment’ back in 2012 when the Libor-rigging scandal first broke: “This is not just a matter of calling for people’s heads. It is more fundamental than that. A Clause IV moment is not a PR exercise that says ‘we’ve changed’.  For it to work it has to be a genuine change of heart that says ‘we understand what it is about our past behaviour you do not like and we will have a top to bottom change in culture and behaviour that shows change as well as claims it.” So how does the banking industry stack up?

Real change must come from within

Not even the most saintly banker would pretend that the industry has collectively and spontaneously seen the light on the road to Damascus. In fact, you could argue that the only reason that the industry has embraced change at all is out of naked self-interest in an attempt to avoid having further change forced upon it.

Yet while the impetus has come from outside of the industry, support for change is growing at the top end of the industry. The Libor scandal was a wake-up call that underlined the ethical vacuum in parts of the industry. At the same time, policymakers recognise that you cannot regulate your way to restoring trust or fine your way to a more ethical culture. It is up to the banks, in Flint’s words, to prove they can be trusted.

One way of measuring this will be the Banking Standards Review Council. It aims to set standards of best practice and challenge banks to meet them. While the initial response from the industry has been positive, it is as yet unclear how many banks will sign up because they believe in what it is trying to achieve, and how many do so because it would not look good from a PR perspective if they don’t.

Change must be concrete

When you compare the banking industry today with 10 years ago, it is striking how little – rather than how much – has changed. Of course, leverage, profitability and pay have all fallen, while capital requirements and the regulatory burden have increased accordingly. But the fundamental shape of the industry has not changed dramatically. Financial markets are still dominated by a handful of (mainly American) universal banks, several of which have got bigger since the financial crisis. They engage in roughly the same types of business as before, give or take cutting back in one market here or a sector there.

Only a handful of investment banks have thrown in the towel, and an industry that might think it has been crushed by reform still manages to pay a suspiciously large number of staff a suspiciously large amount of money. For some parts of the industry – such as the asset management industry or private equity business – the crisis has scarcely been a blip.

There is limited appetite to address the root causes of the problem –complex business models that rely on cross-subsidy and high leverage, which play on regulatory arbitrage, and which have encouraged an individualistic and short-term culture. Banks know that pulling the big levers such as structural reform and lower leverage would torpedo their already challenged business model, and are actively resisting it.

Setting aside structural change, banks have yet to demonstrate that they have changed the way they think. For example, when it comes to reform and regulation, banks can still give the impression that they see regulation as a challenge to be overcome and reform as something to be resisted as though it were Custer’s last stand. When it comes to pay, have they really thought about what they are paying for and why, and how they should measure it – instead of thinking about how much they are paying and how they should pay it?

And it must be painful…

Banking is a painful place right now, but a large part of that pain comes from the process of adjusting to reform and resisting change, rather than form the impact of the reforms themselves.

It is surprising how few firms have followed the lead of UBS and pulled out of entire businesses and or thrown in the towel completely. RBS doesn’t really count because the UK government has effectively forced it to shrink, and the jury is still out on the extent of change at Barclays.

Real change would also involve walking away from lucrative business opportunities and big profits because they don’t meet new cultural or ethical standards. Last week Colin Fan, the co-head of the investment bank at Deutsche Bank, talked of the ‘leakage’ the bank had suffered as a result of losing staff who didn’t think they were being paid enough because they were not team players or ‘culture carriers’. But that sounds like the exception rather than the rule.

And real change wouldn’t be measured by the size of your bonus. A common response in the industry to the question of cultural change is to point to the significant fall in pay and bonuses since the crisis – as though lower is synonymous with higher standards. As Mark Carney says, it’s not about pay. Ultimately it’s about ‘individuals recognising their broader responsibility for their clients and for society’.

In short, real change – the sort of change that banks need to demonstrate in order to convince regulators that they can be trusted – would probably hurt more. Adjusting to change is always going to be a long and painful process. But if the industry does not convince policymakers that it has seen the light – that it has had its ‘Clause IV moment’ – it will find the changes ahead even more painful.