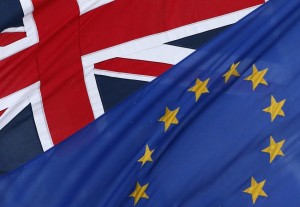 Beyond Brexit: what happens next for European capital markets?

The decision by the British people to leave the European Union will have a profound effect on capital markets in Europe. This short paper summarises the main challenges and questions ahead for the capital markets industry in the wake of Brexit, based on peer intelligence from events that we have hosted over the past few months and discussions with European Commission officials, senior market participants and policymakers. The main trade-offs are between access to the single market, free movement of people, and the regulatory framework.

Here are the main headlines:

1) Pulling the trigger: The decision by David Cameron not to pull the trigger on Article 50 means that capital markets will be in limbo for at least the next few months (and probably longer) until a new government or Parliament start the clock on the formal two year process of leaving the EU.

2) First mover advantage: Many banks and asset management firms cannot afford to wait. They have to assume the worst case scenario of complete separation with no access to the single market and start the process of relocating legal entities, operations and staff immediately.

3) Relocation, relocation, relocation: In order to future proof their business, banks, asset managers and other market participants will need to have a separately authorised subsidiary with a sufficient management presence inside the EU. Dublin, Frankfurt, Paris and other cities will be vying for that business.

4) An acrimonious divorce (and a protracted custody battle): Many firms seem to be planning for an acrimonious divorce. While the divorce process itself may be reasonably swift, the separate negotiations to establish the terms of the future relationship between the UK and the EU will be slowed down by the competing domestic political imperatives in all 28 member states and could take years.

5) A model for the future: While the Norwegian / EEA model is seen as the least damaging option, it is hard to see how UK voters will accept something that looks similar to what they have just rejected. EEA-minus (some access to the single market with some freedom of movement) could be the next best option.

6) A regulatory backlash?: Brexit could trigger a concerted regulatory backlash in the rest of the EU against elements of the single market and capital markets union that are seen to play to the UK’s advantage, such as the location of euro-denominated clearing.

7) A loss of influence: Whatever the outcome, the UK will lose influence over the future direction and nature of EU regulation that it may have to implement. The departure of Lord Hill will significantly change the tone of the future regulatory dialogue.

8) Equivalence vs divergence: In order to retain access to the single market from outside the EU, the UK would have to retain an ‘equivalent’ regulatory framework. While it would be equivalent on day one, over time changes to EU legislation may lead to costly regulatory divergence.

9) The future of EU citizens in the UK: In some sectors of the capital markets EU27 citizens account for as much as a quarter of all staff in the UK. Assurances over their future legal status have so far been too vague to instil confidence.

10) The impact on the EU: Brexit poses a huge political challenge for the remaining 27 member states, many of which are also dealing with ‘anti-establishment’ movements. The question of more or less Europe will define the future of the EU and the eurozone.