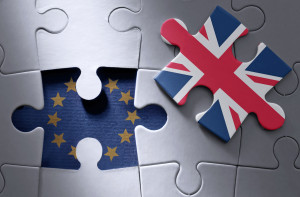 Brexit & the City: throwing the golden goose under a bus?

Thrown under a bus, hung out to dry, or sold down the river: you don’t have to look very hard to find a lot people in banking and finance who think that the City of London has got a raw deal from the government when it comes to Brexit.

Banking and finance is one of the rare examples of a sector in which the UK leads the world. It accounts for more than 3% of all employment in the UK, produces more than 7% of our economic output, pays 11% of tax receipts, and generates a vital trade surplus with the EU of more than £20bn a year. And yet the industry has been left to fend for itself on the other side of Brexit. The government is bending over backwards to help limit the damage to car manufacturers by pursuing a ‘comprehensive arrangement’ for trade in goods with the EU after Brexit, even though goods account for only 20% of the economy. But it has abandoned the much larger services sector – and particularly financial services – to its own fate.

The problem with this widely held thesis is the argument that the government is killing the golden goose stands up to about as much scrutiny as a column on Brexit written by Boris Johnson.

First of all, the City has not been hung out to dry. It’s true that on the other side of Brexit, as things stand, the City will no longer be able to sell its services across the EU from London. For many firms, Brexit is a monumental pain in the balance sheet and the industry has collectively wasted millions of hours and hundreds of millions of pounds working out to adapt to it. In order to guarantee uninterrupted access to clients and markets in the EU many firms have shifted some of their staff, operations and legal entities to the EU. They may – repeat may – be able to access EU markets from London in future under the clunky and inefficient regulatory arrangements known as equivalence.

Asking for the moon

Many firms in the City would prefer a much closer post-Brexit relationship with the EU involving single market membership or ‘mutual recognition’ – a non-starter promoted in some corners of the industry that would have involved the EU allowing the City to enjoy the benefits of the single market without being a member of the EU.

However, it’s important to distinguish between being ‘hung out to dry’ and an inevitable consequence of the result of the referendum in 2016 and the government’s red lines that include an end to freedom of movement of people and leaving the single market. It’s also important to distinguish between being ‘thrown under a bus’ and not getting a unrealistic deal that was never going to happen. The reality is that there is no special version of Brexit that meets these conditions and works for the City.

Second, there is no such thing as the City. While it’s a useful shorthand for anything involving banking, finance, and big business, in reality the City doesn’t really exist. The financial services industry in the UK has atomised as quickly as it has expanded over the past 30 years. Different sectors of the industry have different business models, regulatory frameworks and priorities. And even within particular sectors, different firms have very different perspectives: a big US investment bank that uses London as a beachhead to access the rest of the EU market, has a very different view on Brexit  to a UK bank with its global headquarters and a large domestic business in the UK or a French bank headquartered in Paris with a large London office. If the City is criticised for not speaking with one voice, that’s because it’s a cacophony of competing voices with different agendas.

Third, one of the main reasons why the City has not been a top political priority is the widely held view in government that the City can cope. The industry has always been pragmatic and adaptable, and most firms in the City can and already have adapted to whatever form of Brexit we end up with by opening a new office in Dublin, Frankfurt or Paris, getting a new licence from the local regulator, and moving anything from a handful to a few hundred staff. For a car manufacturer in the north of England with complex EU-wide supply chains, it’s a little more complicated.

Our research on the impact so far of Brexit suggests that the industry is coping pretty well. Nearly 300 firms have moved something somewhere from the UK to the EU in preparation for Brexit, and while the headline numbers are stark – banks have moved more than £800bn in assets out of the UK – the longer-term impact is likely to settle at around 10% to 15% of business and activity moving. In the words of one US bank chief executive: “it’s big, it’s meaningful, but it’s not life-changing”. 11% of all tax receipts sounds big, but the reality is that the EU represents only a minority of financial services business in the UK, and much of that business will stay in the UK despite Brexit. The majority of the financial services industry in the UK will be largely unaffected by Brexit.

Fourth, and perhaps a back-handed compliment to the City, is that it is arguably too important and too successful to be tied to the EU. The only way for the City to enjoy the same sort of access from London to the EU that it has enjoyed for the past few decades would be for the UK to sign up to a Norway-style relationship with the EU: in other words, to remain a member of the single market with continued free movement, but with a much more limited say in setting the rules. In regulatory parlance, this would leave the City as a ‘ruletaker’ having to follow whatever rules come out of Brussels in perpetuity.

Finally, if the City feels that it has been thrown under a bus, perhaps it has only itself to blame. You have to build political capital long before you need to spend it. In the decade since the financial crisis – which shattered the industry’s social licence to operate – the City has instead often seemed to fight every regulatory reform as though it were Custer’s Last Stand. When it has sought to make a case for the value of what it does and its value to the UK economy, it has often done so in terms of itself: we’re important because we employ a lot of people and pay a lot of tax. This can sound like ‘you may not like us but we pay for your hospitals’. A better way of making this case is to frame the value of the City in terms of what it does every day in fuelling the wider economy, helping millions of people save for their retirement, and helping companies to manage their risks and to raise capital to invest in jobs and growth.

While lots of big firms with business across Europe would be perfectly happy with this – all firms in the financial services industry are ultimately ruletakers – UK regulators, domestic firms, and those who don’t have a big business in the EU, don’t want to be hamstrung by future EU regulation. This is particularly acute given the signs that the tone and direction of regulation in the EU is already going in a different direction: tougher on banking and finance, tighter on tax, more inward-looking, and more protectionist. ‘More French’, as one senior banker said recently.

At some point in the future – it may be another financial crisis, a radical Labour government, or a Brexit-induced recession – the City is going to need all the political capital it can get. If it doesn’t want to be really hung out to dry in future, it had better start thinking now about how to make a better case that it really is the golden goose.