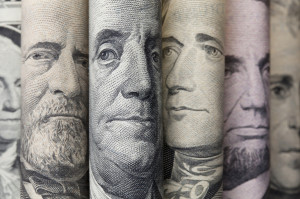 Debate: this house believes that tax relief on debt is a dangerous flaw at the heart of the world economy

Tax relief on debt is an anachronism that distorts management and investment behaviour, increases financial instability, and helps fuel inequality. This is an edited version of a speech given by William Wright, managing director and founder of New Financial, as part of a debate held at the Capital Structure Forum organised by Private Debt Investor. The motion is taken from the cover of The Economist in May 2015.

At the start of a debate, roughly one in 10 members of the audience supported the motion.

Good afternoon ladies & gentlemen. I’d like to start by thanking Private Debt Investor for their kind invitation to speak at today’s event – in much the same spirit as I imagine South African referee Craig Joubert would feel walking into a bar into at Scottish rugby club and ordering a beer.

I’m here to propose the motion that ‘tax relief on debt is a dangerous flaw at the heart of the world economy’.

Before I start, I’d just like to frame my perspective and that of New Financial, the capital markets think tank that I launched last year, with three quick points:

First, you might be expecting someone who would support this motion to be a fully paid up member of the Socialist Workers Party, or worse, a Lib Dem supporter. But I come at this motion as a fierce supporter of free markets and of market-based capitalism. Unfortunately many people in the financial industry who profess support for free market capitalism frequently confuse it with pulling up the barriers to free markets and defending their own interests, which is not quite the same thing.

Second, I want to stress that I have nothing against debt in itself: it is the closest thing we have to a time machine in the modern world and it enables firms and individuals to access capital and invest today based on their income tomorrow. Without it, enterprise, investment and home ownership would be restricted to an ever diminishing elite who already have access to their own capital. But I do have a problem with the tax bias that favours debt when equity is taxed four times over.

And third, for the purposes of this debate – and I think most relevant to this audience – I’m going to focus on the long-term consequences of tax relief on corporate debt.

Today I want to outline five different reasons why I believe tax relief on debt is such a distortion:

– First, from a philosophical perspective, it strikes me as odd that such staunch and successful advocates of free market capitalism as yourselves should support such a blatant example of government interventionism.

– Third, from an investment perspective, while debt can be effectively and productively deployed to finance investment, too much of is deployed less productively to refinance existing investment, and that in the long-run it can encourage short-termism.

– Fourth, from a financial stability perspective, the tax relief on debt can make companies and economies more fragile and more exposed to future shocks.

– And fifth, but perhaps most importantly, tax relief on debt can exacerbate wealth and social inequality, by concentrating assets in the hands of the few.

Let’s take those one by one:

I don’t know how many of you have heard of Luigi Zingales, a professor of economics at Chicago Booth, who is probably one of the ardent free market economists you are ever likely to meet. In his book Saving Capitalism from the capitalists, he wrote:

“The greatest political enemies of capitalism are not the firebrand trade unionists spewing vitriol against the system, but the executives in pin-striped suits extolling the virtues of competitive markets with every breath – while attempting to extinguish them with every action”.

I’m sure that all of you would describe yourselves as advocates of free markets, yet tax relief on debt is the result of the stroke of a politician’s pen back in 1853.

I see it as being as anachronistic as many of the other laws in place at the time, such as only 7% of the population having the vote (now women, of course), public hangings as weekend entertainment (instead of watching a movie at a private-equity backed cinema chain). Homosexuality would remain illegal for another 100 years, and debtors prisons – a significant brake on the development of the private equity industry in 19th century Britain – weren’t abolished for another 15 years…

Equally, I’m sure that many of you would agree that the welfare bill in this country and many others needs to be reduced.

And yet. In the UK, the £4bn that George Osborne is trying unsuccessfully to cut from working tax credits is roughly equivalent to the estimated foregone tax revenues from allowing tax relief on corporate debt.

As dedicated free marketeers, I’m sure you wouldn’t like to think of yourselves as claiming taxpayer benefits.

Let’s turn to management: of course, the incentive-based argument behind debt finance argues that that on a micro level, debt creates greater alignment between management and a company’s interests by improving the efficiency and rigour of investment decisions, with the added discipline of regular debt repayments focusing the minds of management.

But too much debt encouraged by tax relief can help internalise the gains for management by creating the impression of illusory resources and allowing them to enjoy the upside of investment while externalising the downside (unless of course, they are paid in the same debt that they have borrowed). It can make debt someone else’s problem, and at a macro level it can increase the risk to bondholders, reduce tax revenues and concentrate equity in the hands of a smaller number of people.

From an investment perspective, as I mentioned earlier debt can be an incredibly valuable way of financing investment.

In good times, all of benefits of the incentive theory of debt work just fine. When things hit the fan less so. The lack of flexibility in debt finance can encourage firms to take shorter-term decisions – such as reducing investment or cutting into the bone of the business – that undermine a business’s long-term prospects.

The IMF estimates that half of all companies in southern Europe are zombies that can’t afford to meet the interest payments on their debt, let alone invest in growth – with a devastating impact on the economy. These zombies are being kept on life support by banks which can’t afford to take the writedowns on their loans: the IMF also reckons that eurozone banks are sitting on €900bn of non-performing loans, which is further holding back any recovery.

This investment problem feeds directly into the problem with financial stability. Debt finance can be very binary: it is fine right up to the point at which it is not, when a company defaults or runs into trouble, whereas equity tends to deflate more gradually.

Recently the Bank of England and the Bundesbank have warned that 70% of cross-border flows of capital in Europe are in the form of debt. This means that companies – particularly in countries which rely heavily on non-domestic banking systems such as in Greece, the Baltics and central Europe – are more vulnerable to when the debt hose is switched off. This effect helped act as a transmission mechanism that turned a financial crisis into a widespread economic crisis.

And last, but no means least, tax relief on debt can help exacerbate income and social inequality.

First, tax relief accrues to those who don’t need it. For example, with US mortgage tax relief, 90% of the tax relief is paid to households earning more than $75k (or the top 10%). In doing so it compounds the growing inequality between capital and labour.

Second, if companies are incentivised to issue debt rather than equity, it concentrates equity in the hands of those who already own it.

In the past five years, European companies raised $825bn in equity, but nearly three times as much in debt. Using cheap debt to finance share buybacks exacerbates this problem.

I’m sure many of you – like me – strongly believe in the benefits of a shareholding democracy. With equity, you own a shared stake in the long-term future of a company. With debt, you are merely renting a claim on that company’s future income.

Yet it is perhaps no coincidence that the rise of debt financing in the past 30 years has been accompanied by a collapse in direct ownership of shares in the UK.

I’d like to finish with a quote from a young pro-market economist who wrote a paper in 1989 entitled ‘Is there too much corporate debt?’ in response to the rapid growth of leverage in the US economy.

He argued that ‘higher corporate leverage, while possibly a boon in good times, might become a destructive force in bad times…pro-debt biases in the tax code raise the possibility that higher leverage can help insiders squeeze employees and others, that firms in financial distress will spillover into the wider economy, and that firms will take on more debt than is good for them and for the economy as a whole”.

His conclusion was to abolish the biases in the tax code that encourage debt. His name was Ben Bernanke.

I would implore you all – as fellow advocates of free markets – to join me in supporting the motion.

After the debate, roughly two thirds of the audience supported the motion. The motion was carried.