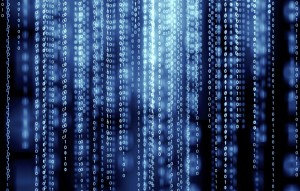 By reducing the wide range in depth and development in capital markets across Europe, capital markets union could help unlock more than €200bn a year in additional funding for companies and more than €6 trillion in long-term capital for investment – and smaller economies with less developed markets could have the most to gain.

‘If I want to talk to Europe, who should I call?’ Henry Kissinger’s famous line about international diplomacy could equally apply to the fragmented patchwork of capital markets in Europe. For all of the progress that has been over the past few decades in harmonising financial markets, there is still a long way to go.

The latest report from New Financial quantifies the wide range in the depth of capital markets in different European countries shows that there is a huge opportunity to boost investment across Europe by closing this gap. The report identifies which countries have less developed capital markets than the European average and puts some hard numbers on the potential benefits of capital markets union for individual economies.

The report’s main findings include:

– There is a far wider range in the depth of capital markets between different countries in Europe than there is between Europe and the US.

– By breaking down barriers to the more efficient flow of capital across borders and harmonising access to capital markets and investment, capital markets union could have a dramatic impact in narrowing the range in depth between different countries in Europe.

– Capital markets union is not an Anglo-Saxon conspiracy led by the City of London. Of course, larger economies with well-developed markets would benefit from capital markets union, but the countries that stand to gai​n most from reform are those with less developed markets, in particular the smaller and more recent EU member states, and some large economies in southern Europe.

– Capital markets union could help unlock trillions of euros in long-term capital. Over the past five years, if all the countries with less developed markets had pools of capital that were the same depth as the European average, there would be more than €6 trillion in additional capital from pensions, insurance and retail funds available to invest in the European economy.

– European companies could have raised more than €500bn in additional funding from corporate bonds, equities and venture capital over the past five years if levels of capital markets activity in less developed markets had been running at the European average (or more than double that if you include the potential increase in leveraged loans and securitisation activity).

The report analysed the depth of capital markets across 23 different metrics – from the value of pensions assets to the size of the corporate bond market and levels of venture capital investment – in all 28 EU member states. It also includes capital markets in Iceland, Norway, and Switzerland, and the US as a reference. In each category, the numbers for each country have been rebased to the European average over the past five years to provide a consistent guide to the relative depth of markets across Europe and to iron out the annual volatility of different markets. A more detailed methodology and the complete list of sources is available here.

Capital markets union is not a quick fix: some of our previous work has highlighted the need to manage expectations around what it can realistically achieve. This report raises some important questions about the challenges in developing a coherent approach that works as well for countries with nascent capital markets – such as the more recent member states in the European Union – as it does for those countries with highly developed markets, such as the UK and the Netherlands.

The report highlights the need for the capital markets industry to focus on the potential benefits to its customers and to the wider economy, rather on its own agenda. It encourages policymakers and the industry to focus on removing unnecessary complexity, existing barriers and practical obstacles to the more efficient flow of capital, and to accept that a truly single market in Europe is probably beyond their grasp.

At the same time, by putting some hard numbers on the potential opportunity for countries with less developed markets, it paints a compelling picture of why it might be worth it.

A full data pack covering all 32 countries and all 23 sectors in this report is available to members of New Financial and on request. Please contact Laurence Bax on +44 203 743 8267 or laurence.bax@newfinancial.eu