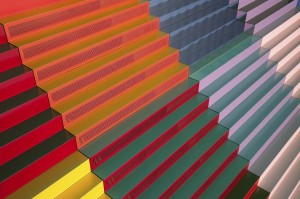 Addressing diversity in the capital markets could be an important way for the industry to show that it is willing to embrace change and take steps to improve its culture – before it is forced to do so by regulators.

Next month, the first chief executive of the Banking Standards Review Council will start work on the huge task of overhauling culture at UK banks. Unusually for the banking industry, the new chief executive is a woman (Alison Cottrell, currently a director of financial services at HM Treasury). And even more unusually, the chairman of the BSRC is also a woman (Dame Colette Bowe, who became chairman of the BSRC last November).

The fact that this potentially ground-breaking organisation will be led by two women may be a coincidence, but it sends a powerful signal to the banking sector and the wider capital markets industry. Cultural change requires a new way of thinking from a different mix of people at the top table. Greater diversity can play an important role in this cultural shift – not just gender diversity, but it’s a start, and a highly visible indicator of diversity in its broadest sense.

As we found in our report Counting Every Woman, women are under-represented at the highest levels of decision making in European capital markets. Just 19% of board members in our sample of 220 companies across 11 different sectors were female. This falls to 15% for executive committees. For investment banks, female representation on executive committees falls to just 8%, only just behind hedge funds and private equity.

But is the capital markets industry clear about why it should address diversity, and not just gender diversity?

There is a social justice argument – it is 45 years since the Equal Pay act, nearly 100 since women won the right to vote, and women make up half of the population – but that is unlikely to sway the hearts, minds or wallets of chief executives.

There is a business argument – companies are made up of their products and their people, so it is essential that to run a sustainable, successful business companies have to make sure they are drawing on the widest possible talent pool and optimising their people, or ‘human capital’. No company would ever manage their products, finances, IT or other assets as badly as they manage their people. This argument is increasingly important in a globalised market place fuelling fierce competition for the best resources.

But the argument that New Financial thinks could be the most powerful of all is that improving diversity would revolutionise culture in capital markets.

Diversity for many organisations is still seen as a box-ticking exercise delegated to the corporate social responsibility or human resources department, whereas culture is at the top of CEO’s agendas. Governments, regulators, policy makers and the man on the street all want to see cultural change in this industry. Improving diversity and having a broader spectrum of voices around the table is a fundamental part of breaking down the groupthink mentality that lead to bad decisions going unchallenged and the manifestation of poor culture that resulted in the worst excesses of the financial crisis.

The first step is for the industry to be brave. Companies have to start opening up and discussing diversity with peers, start talking about their numbers and setting targets and deadlines to shift the dial. And those conversations have to include men – diversity can’t just be seen as an issue for women or gay men or ethnic minorities.

Publicly addressing diversity could be a very potent signal that the capital markets industry wants to improve culture, is capable of change, and is volunteering to take action before regulators force change upon it.

And the prospect of regulatory intervention is not an idle threat. Some form of gender quota has been proposed in early drafts of AIFMD, Mifid, UCITS and CRD4. So far, quotas have not made it to the final text of legislation, but unless the industry sends a signal to an increasingly activist European Parliament that it is addressing the problem, it will eventually.

Quotas for women in boardrooms are already law in Norway, Denmark, France, Spain, the Netherlands and most recently Germany. In the UK, the Davies Review in 2011 recommended that rather than legislate board quotas, the corporate world be given time to make changes itself. Helped by initiatives such as the 30% Club, companies have stepped up. It’s time for the capital markets industry to do the same.