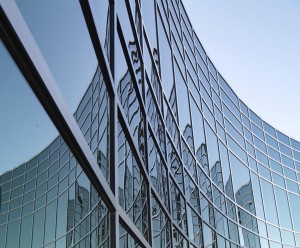 Europe desperately needs to build bigger and better capital markets to help kickstart its recovery. The first report from New Financial puts some hard numbers on the gap in depth between capital markets in Europe and the US – and on the huge impact that has had on the European economy.

Even a mushroom cloud has a silver lining. The fallout from the financial crisis has underlined that the European economy needs to kick its damaging over-reliance on lending from banks that are paralysed by deleveraging. They may not be particularly popular in the corridors of power across Europe, but bigger and better capital markets could be at least part of the answer – and the crisis could be the unlikely trigger to begin to unlock their enormous potential.

With all of the excitement about ‘capital markets union’ it is often taken as a given that European capital markets are ‘relatively under-developed’, ‘tiny’, and ‘a fraction the size’ of their bigger cousins in the US.

New Financial has published a report that aims to frame the debate by quantifying exactly how ‘under-developed’ capital markets in Europe are, and putting some hard numbers on the impact that this had has on the European economy (you can download the report at the bottom of this article).

After all, if Europe doesn’t know where it is starting from and have clear metrics around capital markets it will struggle to know which levers to pull, which direction to head in, whether it is making any progress, and if or when it has arrived.

Playing in the shallow end

The report highlights a vast gap in the depth of capital markets in Europe and the US – which has big economic consequences. While this presents a huge opportunity for development, that growth comes with strings attached. The capital markets industry will have to make a more positive case for the necessity and value of it does, and embrace change in exchange for the support of European policymakers in building a capital markets union.

The report’s main findings include:

– European banks are struggling to perform their basic function of lending: the gross flow of new lending to non-financial corporates has fallen by more than 42% from its peak in 2008, and lending volumes are now lower than they were 10 years ago.

– Despite rapid growth over the past few decades, European capital markets are not yet ready to fill the gap. In the five years between 2008 and 2013 our research shows that European companies could potentially have raised more than $5 trillion in additional funding if capital markets in Europe were as developed as in the US.

– On average, across 26 different measures, European capital markets are only half as big as they would be if they were as deep as in the US (or 53% to be precise).

– The lack of depth in some corners of the capital markets is concerning: pensions assets in Europe and the market for high-yield bond are scarcely one third of the size in relative terms as in the US, while the leveraged loans and venture capital markets are less than one fifth the size.

– The gap in development is particularly wide for medium-sized companies and in continental Europe. The US markets raise five times more in funding through IPOs, high-yield bonds and leveraged loans of less than $250m than the European markets. And on every measure, when you strip the UK out of the equation, the gap between Europe and the US gets wider.

– On a more positive note, if Europe managed to close half of the gap in depth with US capital markets by 2020 (the remaining term of the European Union’s Europa 2020 growth plan), companies could raise more than $2.5 trillion in additional capital (that’s $2.5tn that wouldn’t have to sit on bank balance sheets).

– The capital markets industry cannot be rest on its laurels. It makes a lot of money – we estimate that it generates at least $250bn a year in revenues in Europe – and it will need to increase productivity and demonstrate concrete progress towards restoring trust before policymakers will be comfortable supporting a significant increase in capital markets activity.

There is no quick fix to creating deeper capital markets or achieving the ultimate aim of a full ‘capital markets union’ in Europe. In fact, given the differences in language, culture, law, and tax – combined with outbreaks of protectionism and politics – it is remarkable how much progress has been made towards the creation of a single European capital market over the past 20 years.

Our research suggests that policymakers should focus on ways of encouraging the growth of pools of long-term capital – perhaps through compulsory contribution pension schemes or state-funded investment funds.  And, as well as focusing on the high-profile SME market (which officially is companies with less than €25m in revenues), policymakers should look at ways of improving access to capital markets funding for medium-sized companies in the ‘squeezed middle’.

In particular, they might focus on how they can unlock the huge potential in the institutional loan market. Loans are not as sexy as technology company IPOs and not as cool as crowdfunding, but they could have a much bigger impact in generating hundreds of billions of euros in additional financing.

Change will take a long time and will require a cultural shift on both sides. Policymakers and regulators will have to accept that ‘more capital markets’ does not necessarily mean ‘more investment bankers’ or ‘more bonuses’. The industry will have to prove that it can become better: more efficient, more productive, and delivering better outcomes for end users and investors.

New Financial hopes to play a small but significant part in this process. After all, it would be a shame to see such a good crisis go to waste.

Note: a lot of the data in and around capital markets in Europe is patchy and incomplete. For more details on our methodology, data and assumptions please click here.