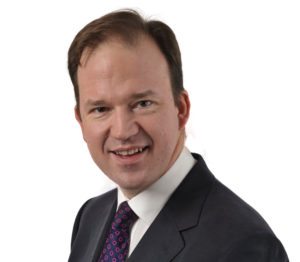 ‘Adam Smith: what he thought and why it matters’ – breakfast with Jesse Norman MP

This event’s focus will be Jesse Norman’s fascinating recent book on ‘Adam Smith: what he thought and why it matters’.

In the context of debate over the ‘crisis of capitalism’, this will be one of the most interesting and challenging discussions that we host this year and we have invited a senior and wide-ranging audience from across the industry. Jesse, a former banker who sat on the Treasury Committee from 2010 to 2015, argues in his book that few people have been so widely misquoted and misunderstood by people who have not read their work as Adam Smith, the great 18th century economist and philosopher.

His work and ideas are often wrongly caricatured by both left and right: while Smith was a fierce proponent of markets and placed them at the heart of the economy, he was not a market fundamentalist and believed that business has a moral obligation to wider society. After leaving the City in the late 1990s, Jesse studied and taught philosophy at University College London, and this is his second philosophical book after a highly-acclaimed biography of Edmund Burke published in 2013.

Jesse Norman MP was appointed Minister of State for the Department for Transport on 12 November 2018 and has been the Conservative MP for Hereford and South Herefordshire since 2010. He has previously been a minister for industry and energy, and chairman of the culture, media and sport select committee. After university he ran an educational charity in Eastern Europe before working at BZW in the 1990s, He returned to university to study for a PhD in philosophy at University College London. Before his election in 2010 he was actively involved in the policy world, working at  the Conservative Research Department and the think tank Policy Exchange.