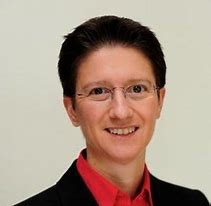 Diversity from a Regulator’s Perspective – breakfast with Julia Hoggett

At this breakfast with Julia Hoggett, director of market oversight at the Financial Conduct Authority, we will discuss why and how diversity is being incorporated into regulatory discussions.

Julia joined the FCA from Bank of America Merrill Lynch where she was managing director, responsible for a range of debt capital markets products including European Commercial Paper, Covered Bonds and Green Bonds in Europe, the Middle East and Africa. She was previously the CEO of DEPFA ACS Bank Ireland and has also worked at JP Morgan in debt capital markets roles. Julia has also had a long involvement in the development of diversity and inclusion within the organisations for which she has worked and was also named one of Financial News’ 100 Most Influential Women in Europe’s Financial Markets in 2010, 2011 and 2012.