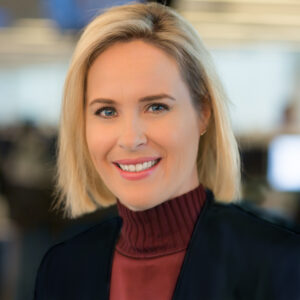 We should by then have a much clearer idea of who will is likely to face off against President Trump in the November election and possibly even a confirmed candidate. Will it be Joe Biden, Michael Bloomberg, Pete Buttigieg, Bernie Sanders or Elizabeth Warren? What are their chances against Trump? And what this might mean for Wall St?

Megan is perfectly placed to discuss both the election and the likely impact on Wall St. She is the former editor of Bloomberg Businessweek and former Washington bureau chief for both Bloomberg and the FT. She’s very well plugged in to the Democratic Party and the top end of Wall St and is a regulator commentator in the US media on the campaign.