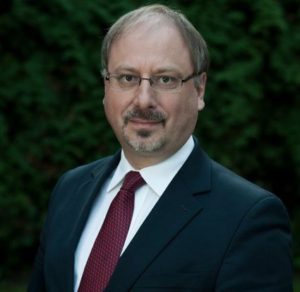 ‘The politics of Brexit: the Polish perspective’ – breakfast with His Excellency Arkady Rzegocki, the Polish Ambassador to the UK

This breakfast event is part of our series on the European perspectives on Brexit that has included recent discussions with the Belgian, Swiss and Dutch Ambassadors, and senior policymakers from BaFin and the Bundesbank. In the next few months we’ll be hosting the Central Bank of Ireland, the Luxembourg Ambassador, and the French Treasury.

Poland is a surprisingly large trading partner for the UK and is a good friend of the UK and old ally (Polish is now the second most widely spoken language in England and Wales). However, hints over the past year it would like the EU to take a softer approach to Brexit have yet to translate into it breaking ranks with other member states. The Polish government is beginning to flex its political and economic muscle within the EU as one of the leaders of the V4 group – not always to the pleasure of the Commission and other member states.

Arkady Rzegocki has been Ambassador to the UK since September 2016. A political scientist by training, he has spent much of his career I teaching and academia, most recently as a professor of international and political studies at the Jagiellonian University. He studied widely overseas, including stints at University College Dublin, University of Denver and at Oxford, Cambridge, London, and Florence.