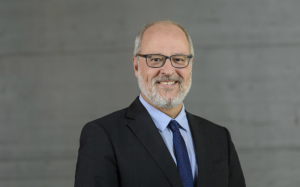 ‘The Swiss perspective on Brexit’ – dinner with His Excellency Alexandre Fasel, the Swiss Ambassador to the UK

9 May 2018• Brexit • Private Dinner • His Excellency Alexandre Fasel, the Swiss Ambassador to the UK

Few countries are as closely bound the to the EU without being part of it as Switzerland. The relationship between Switzerland and the EU is governed by more than 20 main bilateral agreements and around 100 minor ones. At this dinner, Ambassador Fasel will discuss the Swiss perspective on Brexit; what the UK can learn from the Swiss experience; and the future of Anglo-Swiss trade and relations (Switzerland is the fifth largest European export market for the UK, which in turn is the third largest export market for Switzerland).