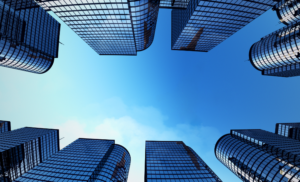 Our unique index measuring the value of domestic and international banking and finance activity across nearly 30 metrics in nearly 50 countries shows that the US is by far the world’s top financial centre with the UK taking second place – well ahead of other European countries.

The potential impact of Brexit on the City of London has intensified the debate around the relative strengths and weaknesses of competing financial centres around the world. The New Financial International Financial Centres Index is an attempt to inform this debate by measuring and ranking financial centres primarily in quantitative terms based on the scale and value of financial activity.

The index provides a new take on ranking financial centres around the world. Unlike many other rankings which tend to focus on qualitative factors such as infrastructure, human capital and business environment, it is based primarily on nearly 30 quantitative factors measuring the value and scale of banking and financial markets activity. As such, gives a very different result.

In the context of Brexit, it underlines the dominance of the UK as the main international financial centre in Europe, and while the UK cannot afford to be complacent given the uncertainty around Brexit, no other European financial centre is going to displace London anytime soon.

As one senior EU regulator said last week, Brexit is too important to waste too much time thinking about which financial centre is going to benefit from it by winning a few bankers here or a few asset managers there. However, this index provides a relative benchmark against which to measure any shifts in future activity.

1) The dominant global financial centre: the US is the world’s top financial centre by a wide margin: its overall score of 79 out of 100 is double that of the UK (40), and it is by the far the largest financial centre in absolute terms for both domestic and international activity.

2) The dominant European financial centre: the UK is the dominant European financial centre by far. Its overall score of 40 is more than 50% higher than Luxembourg and nearly double that of Germany or France. The large gap between the US and the UK – and the wider gap between the UK and the rest of Europe – in our ranking compared with other studies is mainly because of our focus on quantitative measures of financial activity rather than qualitative metrics.

3) Rising stars: China is the third largest financial centre in our index, ahead of Japan and Hong Kong. This is mainly because China has a big domestic financial sector, which compensates for its relatively weak performance as an international financial centre and low score in non-financial metrics. Asian countries account for four of the top 10 financial centres.

4) Playing catch-up: the performance of big European economies is mixed. Germany (7th), France (8th) and the Netherlands (9th) are in the top 10, while Spain (20th) and Italy (22nd) are in the middle of the table with relatively low scores across the board.

5) Brexit and the City: our rankings highlight the dominance of the UK as a financial centre in Europe in terms of the value of financial activity. On raw financial metrics the UK is nearly three times larger than France or Germany. In terms of domestic activity, the UK’s score of 19 out of 100 is significantly higher than France (12) and Germany (11). When it comes to international activity – which is most at risk from Brexit – the UK is even more dominant: its score of 46 out of 100 is nearly double that of Luxembourg and more than three times higher than Germany (13) and France (11).

6) Domestic financial activity: the US is the dominant market for domestic financial activity with a score of 92 out of 100. It is the largest market in 11 out of 14 metrics, and its score for domestic activity is roughly double that of China (48), which in turn is double Japan’s score of 25. The score for the US is more than four times higher than the UK.

8) Raw muscle: in terms of raw financial scale across domestic and international financial activity (ie. excluding non-financial factors) the US is in a league of its own with a score of 82 out of 100. It has a huge gap over its nearest rivals, with the UK in second place on 32 and China in third place on 27.

9) The bigger picture: when it comes to non-financial sector metrics such as quality of life, infrastructure and human capital, the US drops down the rankings to 16thplace, and the UK is just outside the top 10 (in 11th place). Instead, smaller countries such as Switzerland, Luxembourg and Ireland top the rankings.

10) A work in progress: this report is a work in progress and aims to complement existing studies and rankings, not replace them. We believe that by focusing primarily on quantitative measures of banking and financial markets activity it provides a useful reference and benchmark against which to measure shifts in activity in future.

14 non-financial qualitative metrics that measure the performance of the wider economy and the political, business, and social environment in each country.

All of the data was drawn from publicly available sources, and we spent a lot of time reconciling inconsistent data from different sources and making conservative estimates to fill in any gaps.

1) A summary of how 48 different countries compare in terms of the scale and value of activity in domestic and international financial activity.

2) A summary and ranking of the top 25 countries based on the size of their domestic banking and finance sector.

3) A comparative analysis of domestic banking and finance in the US, UK, France and Germany in each of the 14 metrics we used.

4) A summary and ranking of the top 25 countries based on the size of international banking and finance activity.

5) A comparative analysis of international banking and finance in the US, UK, France and Germany in each of the 14 metrics we used.

6) A combined summary and ranking of the top 25 countries based on size and value of domestic and international activity.

7) A summary and ranking of all 48 countries based on non-financial qualitative factors.

8) A detailed methodology and appendix including detailed scores for every country in all 14 metrics in each of domestic finance, international finance, and non-financial metrics.