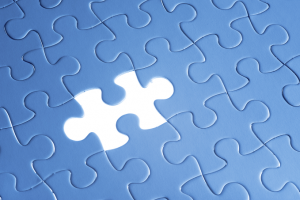 In the wake of the financial crisis, more and more senior women in finance seem to have decided that the trade-offs that used to make sense are no longer worth it. This could reverse a lot of the progress in gender diversity that the industry has made over the past few years.

If it was easy, it wouldn’t be worth having. But it wasn’t supposed to be getting harder. For all the progress in gender diversity in business and getting more women into the most senior roles in the financial services industry, the sad reality is that female representation is likely to get worse before it gets better.

This pessimism flies in the face of recent positive news. Over the summer, Glencore shed the dubious honour of being the only FTSE100 company not to have a woman on its board, and Kingfisher boosted the number of UK blue chips with a female chief executive to a heady five with the appointment of Véronique Laury as chief executive elect.

For good measure, Ana Botín took over as chief executive of Santander, one of the largest banks in Europe (although in succeeding her father and grandfather at the top of the bank, her appointment raises questions about a different sort of diversity altogether). And only last month, the European Union adopted new rules that will require large companies to disclose not only the breakdown of gender diversity among their staff, but also to provide details of their diversity policies.

Across the board, women are making progress at the highest levels in business. In the UK, women now account for 22% of all board directors at FTSE 100 companies, nearly double the level of five years ago. Groups such as the 30% Club seem to have captured the imagination with a clear target, simple message and relentless peer pressure.

Yet for all the high profile female stars on boards, it is important to remember that among the most senior executives, women are still very much the exception and not the rule – the search firm Egon Zehnder estimates that only 9% of the most senior executives at FTSE 100 companies are women. And for all of the welcome efforts and initiatives, this is not going to change anytime soon. In fact, it could take a lot longer than expected.

Because of the financial crisis, the opportunity cost of working in finance and banking – and in other high paid and high pressure sectors such as consulting and law – has risen disproportionately for women in the short term. The crisis has made an already tough environment a lot tougher.

Big reductions in pay have been matched by a collapse in job security and greater demands on those staff left standing as many banks and institutions have struggled to find a sustainably profitable post-crisis business model. While these changes have hit all staff equally, it seems a large number of women are no longer prepared to make the trade-offs that they have always been required to make to get to the top. It’s just not worth it anymore.

This will cut the already small number of women jockeying for the most senior roles in future, which risks having a knock-on effect. If, despite all of the progress and pressure over the past five years, the number of women at the very top in finance starts to fall, it will send a negative message to the level below – and to the level below that – that there is only so long that you can run uphill.

This is undermining the well-intended steps taken since the crisis to address the lack of gender diversity. The smartest financial institutions have realised that they are wasting huge amounts of money by losing so many highly paid and expensively-trained staff. They also figured that more women in senior positions could help address the “groupthink” of predominantly male senior managers that led to poor decision-making going unchallenged.

The immediate problem is the law of small numbers. Every senior woman counts because she dramatically skews the data. If just one female CEO of a FTSE 100 company were to leave her job, the overall number of women would fall by one fifth. If one woman were to leave the 20-strong  group executive committee at Deutsche Bank, female representation at that level would fall by 100% because the bank has only one woman at that level (and she only joined this summer).

Take Goldman Sachs, for example, which has done a huge amount of work in promoting gender diversity and which has five women on its 35 member management committee. Since 2010, just over one fifth of its new managing directors have been women, but just 10% of new partners have been female. In the last promotion in 2012, just seven women (out of roughly 32,000 employees) were promoted to partner and that is unlikely to change with the class of 2014 that will be announced in a few weeks. The number of women thins out rapidly the higher up the organisation.

And banks seems to be struggling to get enough women through the front door in the first place. As much as three quarters of the latest analyst entry class at Wall Street banks were male, according to research by the recruitment firm Vettery (and although many of the banks have questioned its data, few have provided the actual data).

My evidence so far is anecdotal, based on the experience of my friends, contacts and numerous conversations with senior women in the industry. I have seen that in cases where work is a choice rather than a necessity, it can quickly slip into second place. More women seem to be opting for voluntary redundancy, or are not returning to fulltime work after maternity leave.

While banks are beginning to collate this data, the numbers are not readily available, which also contributes to the problem. New Financial is working on research looking at diversity within boards and executive committees across a sample of more than 200 firms across the financial markets and the preliminary findings are predictably depressing.

There are some positive signs. Some big City law firms have set clear targets to increase the number of female partners, and banks like RBS and Lloyds have recently set targets to increase the proportion of women in their senior management. Other firms are making conspicuous progress at entry level. Over the past few years, the graduate intake at Goldman Sachs has been inching ever closer to 50% female. And women coming into the industry today should benefit from better and more focused retention and support programmes, particularly when it comes to having a family.

But it will take years for these women to move up through the ranks – it will be another eight to 10 years before they reach managing director level and a further eight to 10 before they make partner. In the meantime, many of those women high above them will have called it quits.

We could be in for a very long wait before the representation of women at the most senior level of the financial industry is anything like where it should be.

New Financial will shortly be publishing its own research on gender diversity across dofferent sectors of the capital markets. For more information please sign up to our newsletter at www.newfinancial.eu or contact yasmine.chinwala@newfinancial.eu