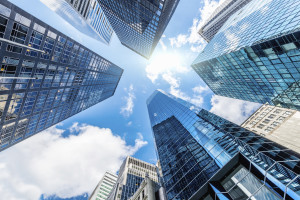 Investment banks and asset managers need to start making a more constructive and positive case for what they do and the valuable role that capital markets can play – before it’s too late.

A few billion here, a few billion there, and pretty soon you’re talking serious money. If you combine the highly-developed capacity of the financial markets for misbehaviour with the regulatory appetite for ever tougher sanctions, you quickly get to some very big numbers.

In the context of this drip feed of relentless scandal – whether it’s the manipulation of FX, Libor-rigging, sanctions busting or tax evasion – it can sometimes be hard to remember the positive case for what goes on in the financial markets.

As a result, there is a real danger that the vital role that healthy capital markets can and should play in driving prosperity is being overlooked and possibly even undermined – at a time when the European economy needs capital markets more than ever.

Minouche Shafik, deputy governor of the Bank of England, summed it up nicely in a speech last year when she said: ‘Well-functioning markets are the key to prosperity, but they must operate in ways that are fair and effective to sustain public support and confidence.’

New Financial aims to address these challenges head on, by making the positive case for what capital markets do, and by simultaneously making the case for better markets. In other words, encouraging the industry to rethink the way it does business, to raise its game, to embrace reform where necessary, and to help make markets work better for the people they are supposed to serve.

It may have been lost over the past few decades, but the purpose of capital markets is not primarily to enrich the intermediaries who work in them. Instead, it is to allocate capital as efficiently as possible into productive investment, and to allocate risk to those parties most able to deal with it. In short, capital markets move money from where it is, to where it is needed.

And they move lots of it. Last year in Europe, the capital markets helped connect thousands of companies, institutions, and governments in need of capital with a giant pool of nearly €20 trillion of assets managed by more than 5,000 different asset management firms of different shapes and sizes looking after the savings, insurance policies and future pensions of hundreds of millions of people. In doing so, they helped raise more than $2tn in debt, roughly $1tn in syndicated loans, and a few hundred billion dollars in equity.

While there may be question marks over the social or economic utility of some aspects of the secondary markets – particularly around how much trading is ‘useful’ for end users and how much of it is speculation at their expense – markets provide liquidity to investors and in doing so help generate economic growth by encouraging competition for capital and investment in both the public and private sector. The trillions of dollars of bonds, currencies and stocks traded every day help companies, governments and individuals manage their risk and future liabilities, and underpins global trade. In developing economies, this translates into helping to lift billions of people out of poverty.

For good measure, the capital markets industry in Europe employs hundreds of thousands of well paid staff, whose much vilified pay and bonuses translate into high levels of consumer spending and tax receipts.

Despite this prima facie case, it is not surprising that few people are making the positive case for the capital markets right now. Some sectors of the industry think it best to wait for the anger to simmer down. Some parts of the industry don’t think they have a case to answer. Where the case is being made, it tends to be from the narrow perspective of one sector defending its own vested interest against a particular piece of legislation, rather than making a collective case for capital markets as a whole.

And many people in the industry struggle to make an important distinction when it comes to criticism. They often treat criticism of existing structures and processes in the industry – such as whether universal banks are the best way to deliver the benefits of capital markets, or how bonus structures could be improved – as criticism of the function of capital markets themselves, or even as personal criticism.

Unpopular though the capital markets may be – and that unpopularity is largely self-inflicted – this disjointed and half-hearted response is concerning. Not least because the answer to a lot of the long-term economic problems in Europe is probably more capital markets, not less.

Europe’s battered banks are struggling to deleverage and shrink their balance sheets, and are in no position to help companies borrow their way out of trouble.

As people get older they will need mechanisms to save for their retirement that do not involve mattresses, and governments need to find ways of funding infrastructure investments and future pensions liabilities that do not rely solely on tomorrow’s tax receipts.

‘Instead of shouting at the waves, the capital markets industry needs to adopt a more enlightened approach’

Capital markets can play an important role in helping address these challenges. Capital markets can supplement bank lending, provide access to alternative pools of capital with a more diverse range of investors, and help create a more resilient financial system.

This should help reduce the negative feedback loop between markets, banks and the real economy that has dominated Europe for the past seven years. A shift from bank-led to markets-led financing would also help reduce the political interference and patronage embedded in some European banking systems, particularly at a local level.

Of course, capital markets are not perfect and making the positive case for them is not a one-way argument. ‘More capital markets’ is a deeply unpopular message at a time when the word ‘banker’ has become a generic term of abuse for everyone who works in finance.

The industry needs to address and respond to the growing body of research that shows you can have too much of a good thing and that beyond a particular point (long since passed in most Western economies) finance acts as a drag on economic growth rather than as a catalyst for it.

Markets overshoot in both directions and access to them can be volatile. Yet too many people working in the industry still don’t get what all the fuss is about and still think that things will return to normal. They ignore the need to rebuild what Mark Carney recently called the ‘social capital’ on which much of the industry is based.

Instead of shouting at the waves, the capital markets industry needs to adopt a more enlightened approach. In order to regain the trust of clients and policymakers, different sectors of the industry must work not only with each other and but also with policymakers to come up with constructive solutions to common problems. Coming up with a renewed sense of purpose for the capital markets would be an excellent start.

Only by making a more compelling and more positive case for what they do – while embracing the need for significant reform of the way they do it – can capital markets hope to break out of the painful and potentially damaging cycle of having that reform done for them.