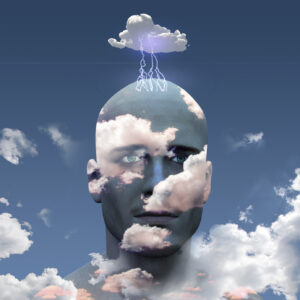 Thinking allowed: a selection of the best recent academic papers

Here is a selection of recent academic papers and research that we have read, sifted and translated so that you don’t have to. This week, the papers include the impact of capital markets on the companies that use them, the downside of shadow banking, what happens when CEOs drop dead, and why is the gap between bankers’ pay and lesser mortals so wide – and getting wider. Please send any papers that you come across or would like to recommend to info@newfinancial.eu

Capital markets as an engine for growth

Investment bankers have long claimed in their pitchbooks that capital markets are an engine of economic growth (particularly if you employ the services of their employer). But although there is a wide range of academic literature that analyses the relationship between capital markets and economic growth at an aggregate or country level (there seems to be a strong positive association, as this recent paper by two German academics shows), there is far less research on the impact of capital markets on the individual companies that use them.

A recent paper by Ross Levene at the Haas School of Business in California, set out to fill this gap convincingly. He looked at more than 45,000 companies from 51 countries between 1991 and 2011, creating a sample of more than 530,000 separate issues of debt or equity. He then measured their financial performance between 2003 and 2011 to examine the relationship between capital markets and growth.

His conclusions would bring a smile to any banker’s face: companies that issue securities in the capital markets grow faster than companies that don’t. In fact, with annual growth in assets of 12% a year, they grow nearly three times as fast as non-issuers.

The paper costs a few dollars to download but is worth it.

The highs and lows of shadow banking

Ever since the financial crisis, policymakers and banks alike have been concerned about the transfer of financial activity and risk from the tightly regulated banking sector to the murkier shadow banking sector.

Banks fret that shadow banking has a competitive regulatory advantage, while policymakers are worried that they have less of a handle on the build up of risk, and how it will behave at times of stress.

A lot of the debate around shadow banking has assumed it is all about regulatory arbitrage: in other words, getting round tougher capital and liquidity requirements in the more regulated banking sector.

But a recent working paper by Alan Moreira at Yale and Alexi Savov at NYU Stern found that the situation is more nuanced based on their modelling. When financial activity is growing, market participants rapidly run out of ‘real’ collateral, so they turn to shadow banks as the ‘next best alternative’. The shadow banks effectively perform the same role as banks in transforming less liquid assets into ‘money’, which encourages investment and economic growth.

However, this comes with a significant trade-off between growth and stability. Shadow banking increases fragility in the system because at the first sign of trouble, liquidity evaporates and shadow banks can accelerate a vicious circle of widening spreads, falling asset prices and deleveraging. Market participants and policymakers need to better understand this trade-off:

‘The problem with shadow banking then is that while it makes the good times better, it also makes the bad times worse. In the language of economics, shadow banking imposes a negative externality on the rest of the economy. During the boom, individual institutions have little incentive to take into account the impact of their actions on the severity of the bust. Shadow banking allows them to fund riskier assets more cheaply, but doing so decreases the economy’s supply of good collateral when times get rough.’

Just in case you thought the recent crackdown by the Financial Stability Board on shadow banks was unfair….

The Macroeconomics of Shadow Banking

A radical way of seeing if CEOs are overpaid: drop dead.

The debate around executive pay can generate more heat than light – particularly when it comes to measuring whether a particular chief executive is over- or under-paid relative to his (or occasionally her) contribution to shareholder value.

One radical way of calculating this – which unfortunately only works when the CEO in question will no longer be in a position to enjoy the rewards – is to measure the market reaction to the sudden death of a CEO while they are in office.

In a slightly macabre paper, some academics from the Judge Business School and Hong Kong University of Science and Technology identified more than 500 cases of CEOs dying on the job between 1991 and 2008 in the US, before stripping it back to just 149 ‘surprise’ deaths.

By measuring the excess returns either side of the death relative to how much the executive was paid (and how much their successor might be expected to earn) they were able to measure the executive’s perceived contribution to shareholder value.

If the share price increased after the bad news (in other words, investors welcomed the death…) the deceased executive was perceived to have been overpaid. But they also found that in these cases, the executive had been paid on average less than you would expect relative to their position.

When the share price fell it showed that the CEO had been earning less than his perceived contribution, even if the paper found that their pay was on average higher than you might expect. The research suggests that executives are paid according to their perceived contribution to shareholder value – when ideally their pay would be based on their actual contribution. Sadly, CEOs only find that whether they are over or under paid once they are dead…

What Death Can Tell: Are Executives Paid for Their Contributions to Firm Value?

News you can really use

As if chief executives aren’t paid enough it turns out that they try to make a little bit more on the side by talking up their company share price around the time that their stock and options vest.

Of course, chief executives have little or no control over the timing of set piece news announcements such as quarterly results. But a recent paper by Alex Edmans at London Business School and others discovered an unusual bunching pattern of discretionary news announcements – such as new product launches, acquisitions, hints on earnings guidance – or other positive news – around the time that their stock vests.

They found evidence that CEOs save up good news stories for the ‘vesting month’ and bring forward future good news into the same month. Overall, they announce 6% more discretionary corporate news in their vesting month than you would otherwise expect, and they reduce announcements in the months either side (the research controls for the link between news release and news flow on the basis that vesting months were set years in advance when deferred stock and equity were awarded).

This matters: news generates a temporary boost to stock prices and liquidity (because the stock finds its way on to investors’ radar screens and pundits’ recommendations). The research also found that CEOs appear to take advantage of this temporary window, by selling stock within a few days of a discretionary announcement. The excess returns are similar to the sort of profits that are associated with insider trading – but the good thing is, it’s all above board.

Reaching for the sky – and beyond – with bankers’ pay

Talking of pay one of the mysteries of the financial markets is how and why pay across the board has detached itself from the rest of the economy and sometimes from reality over the past few decades. Why are staff at investment banks and asset managers paid so well relative to the rest of us? And why is the gap getting wider?

A recent paper set out to quantify the extent of the finance sector pay premium and the reasons behind it. Overall, the authors found that overall pay in finance is 48% higher than in the rest of the private sector, but in some sectors such as securities brokerage, average pay is more than three times higher.

Traders might put this down to their own genius (staff in finance were better at maths and reading when they were at school), or the fact that they use more sophisticated technology (which they do) and perform often more specialist roles (ditto). But the researchers found that everyone in the sector – from IT staff to secretaries – also benefited from the finance sector premium. This effect persisted when people doing the same role moved into finance (their pay increased by 20%) or left the sector (it fell by 31%).

This suggests that it’s not about how uniquely clever or talented people who work in finance are. Once you control for education and skill, the paper found that the bulk of the premium comes down to the finance sector’s almost unique skill at extracting rent (or artificial excess rewards). As any good trader will tell you, such glaring inefficiencies will eventually be arbitraged away, and pay will return to the real world. Won’t it?

Finance Sector Wage Growth and the Role of Human Capital