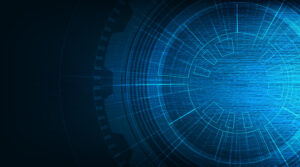 This report presents a new vision for EU capital markets and identifies the potential for game-changing growth to support investment, jobs, and sustainable growth.  We estimate that an additional 4,800 companies in the EU27 could raise an extra €535bn per year in the capital markets and that an additional €14tn in long-term capital could be put to work in the EU economy to help support a recovery.

New Financial is a social enterprise that relies on support from the industry to fund its work. To request a copy of the report, please click here.

This report paints a bold and ambitious vision for capital markets across the EU and highlights the potential benefits of deeper capital markets to the EU citizens, companies, and the wider economy in concrete and practical terms.

We looked at four specific areas of EU capital markets:

We hope the report helps stimulate debate and inject a greater sense of urgency and ambition across the EU to develop bigger and better capital markets.

2. Game-changing growth: there is huge potential for growth in capital markets across the EU27. On our ambitious but achievable analysis, an additional 4,800 companies in the EU27 could raise an extra €535bn per year in the capital markets – not far short of double the current levels of activity. This growth (or significant progress towards it) would significantly reduce the reliance of the EU economy on bank lending, drive innovation, and boost investment in jobs and growth.

4. A smaller global footprint: Brexit has significantly reduced the EU’s global footprint in capital markets and could undermine its longer-term influence on the global stage. The EU’s share of global activity has fallen from 22% before Brexit (the second largest block and around half the size of the US) to just 14%. In the longer term, without urgent reform, the EU’s share will shrink to around 10%.

5. Mind the gap: post-Brexit capital markets in the EU27 are smaller and relatively underdeveloped. This limits the sources of funding for companies and the opportunities for investors. On average, capital markets across the EU27 are half as large relative to GDP as in the UK, which in turn is roughly half as developed as the US. In their current form, EU capital markets will struggle to fuel a post-Covid economic recovery and the green transition.

6. A wide range in depth: there is a wide range in the depth of capital markets across the EU. The good news is that there are a number of countries in the EU27, such as the Netherlands, Sweden, Denmark and France with well-developed capital markets that can lead the way in terms of the future growth across the EU27. On the other hand, capital markets in large economies such as Germany, Italy and Spain are significantly underdeveloped and could play a much bigger role in funding a green and sustainable recovery

7. The reliance on banks: companies in the EU are still heavily reliant on bank lending for their funding despite some progress over the past decade. In the US, companies use corporate bonds for three quarters of their borrowing, three times more than level in the EU27. Banks will be unable to provide the necessary funding for European companies on their own post-Covid and in future crisis.

8. Deeper pools of capital: deep pools of long-term capital such as pensions and insurance assets – as well as direct retail investment – are the starting point for deep and effective capital markets. But pensions assets in the EU27 are a third as big relative to GDP as in the UK. Shifting more savings from bank deposits to investments would deploy more patient capital to help drive a more sustainable recovery in the longer term.

9. Fuelling the growth economy: the EU doesn’t have a start-up problem but it does have a problem channelling investment into high growth and scale-up companies that drive job creation. On our analysis, nearly 3,260 additional companies a year could benefit from an extra €6bn a year in venture capital funding – double current levels – and the number of companies listed on growth stock markets could quadruple.

10. Laying the foundations: EU policymakers and regulators should focus on: a) redefining the framework to improve supervision, monitoring and accountability b) building deeper pools of capital and boosting retail participation c) improving market infrastructure and the functioning of markets d) gaining political support and building capital markets from the bottom up, and e) increasing attractiveness, competitiveness and international cooperation.