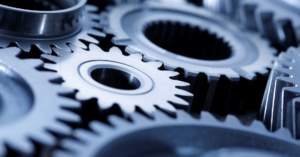 Report: A Reality Check on Equivalence

Over the past few months the debate on equivalence – an arcane but vital part of the future of the City post-Brexit – has generated as much heat as it has light. This report cuts through the confusion and summarises how EU equivalence works, the benefits it provides, the trade-offs it involves, its limitations, what it is not and what it doesn’t achieve.

New Financial is a social enterprise that relies on support from the industry to support its work. If you would like to request a copy of the full report, please click here.

It’s not often that an arcane corner of European financial regulation finds itself on the front pages but over the past few months it has been hard to escape from ‘equivalence’, the regulatory framework that is likely to form the basis of the UK’s access to the EU in financial services on the other side of Brexit from January 2021.

This debate has generated as much noise as it has light: this short paper aims to provide a reality check on how equivalence works, the benefits it provides, the trade-offs involved, its limitations, what it is not and what it doesn’t achieve.

A complex but vital patchwork

In summary, equivalence is a complex patchwork of nearly 40 different regulatory regimes that provide different levels of access to EU markets. It doesn’t cover large parts of European banking and finance, is a poor substitute for passporting and it doesn’t eliminate the potential disruption from Brexit. But it may provide a temporary and politically acceptable bridge in key sectors for both the EU and UK to adjust to life after Brexit.

There is a wide gulf between the opening positions of the UK government and EU authorities. The UK has called for a ‘comprehensive’ and ‘permanent’ equivalence regime, which was almost immediately rebuffed with the EU saying it will not negotiate ‘general’, ‘open-ended’ or ‘ongoing’ equivalence and that the UK should ‘not kid themselves’.

We think the most likely outcome this year is that the EU and UK agree ‘selective equivalence’ in a few key sectors, such as stock exchanges, clearing and perhaps broker dealers, probably on a temporary basis (‘time-limited equivalence’) that would be reviewed in one or two years.

Here is a short 10-point summary of ‘A reality check on equivalence‘:

1) There is no such thing as ‘equivalence’: equivalence is not a single regime that covers the supervisory and regulatory framework of a whole country, a whole industry, a specific activity or even a specific piece of legislation. It is a complex patchwork of micro-regulation: we counted 39 equivalence regimes across 16 of the 37 main pieces of EU banking and finance legislation.

2) Equivalence is not a substitute for passporting: equivalence offers a far less comprehensive framework for accessing the EU than the single market. Less than a third (12) of equivalence regimes provide similar levels of access to the single market as passporting, it doesn’t exist in more than half of EU regulations – including investment services to retail clients, some core banking activities, large parts of pensions, or payments – and hasn’t been granted to any countries in a third of the areas where it does exist.

3) Equivalence is not a long-term solution: the big risk with equivalence is that it can be withdrawn at as little as 30 days’ notice (without consultation). The process for reviewing and withdrawing equivalence is opaque and unpredictable, which makes it an unstable long-term framework for future EU-UK cooperation.

4) Equivalence is not a technical exercise: equivalence is officially a technical process with determinations made by the European Commission, but it has become politicised – just ask Switzerland, whose stock exchange equivalence was revoked after wider treaty negotiations with the EU reached a stalemate last year. Given its proximity and importance to the EU, the UK is likely to find that it faces a higher bar. The EU will also be wary of setting a precedent with the UK ahead of future negotiations with the US.

5) Equivalence is not the same as being a ‘rule-taker’: equivalence would not make the UK a ‘rule-taker’ in those sectors. The US has equivalence in 23 areas but few would consider it to be a rule-taker. And it doesn’t mean ‘the same rules’: officially it is about having equivalent outcomes. Having the same rules on 1st January 2021 as it had on 31st December 2020 would reflect the UK’s current level of alignment.

6) Equivalence is not a one-way street: terms and conditions apply. In each area or sector where the UK is granted equivalence, its room for manoeuvre would be limited if it chose to change its regulations in future or if the EU made significant changes to its own rules. This applies in both directions: from January 2021 the UK will also be able to grant equivalence to other countries to access UK markets.

7) Equivalence does not eliminate disruption from Brexit: equivalence would reduce but not eliminate the potential disruption to the City of London and its customers. Even if the UK has equivalence in all 39 areas many UK financial services firms would still need to have a presence in the EU to service clients and do business in the region – not least because it doesn’t cover large areas of business – but it should give firms more discretion over how much they move.

8) Equivalence is not a given: technically speaking the UK will be 100% equivalent on 1st January (having transposed EU law into UK law) so it should be relatively straightforward to complete the equivalence assessments by the end of June. But equivalence is gifted unilaterally by the EU and that the process for determining equivalence is opaque, lengthy and unpredictable. Most people in the industry think the prospect of achieving anything other than equivalence in a few key sectors is quite remote.

9) Equivalence is another word for trust: when the EU grants equivalence to a third country in a particular area it is essentially giving up a degree of control and relying on the supervisory and regulatory authorities of that country. That will require significant trust on both sides – and this trust has been undermined over the past few years by the tone of the political debate.