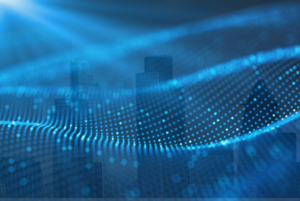 Report: Beyond Brexit – the future of UK banking & finance

This report analyses the shifting trends in European and global markets and identifies the big strategic choices the UK will need to make in the coming years on the future of banking and finance, capital markets, and the City of London.

Whatever the outcome of the negotiations in the next few days and weeks, Brexit will be a seismic change for the European banking and finance industry, the UK economy, and the UK’s place on the global stage.

This paper analyses the big strategic decisions that the UK will need to make in the coming years on the future of banking and finance, capital markets, and the wider economy. Brexit provides the UK with an opportunity and an imperative to review and recalibrate its approach to banking and finance at a domestic level and on the global stage. More recently, the Covid crisis has underlined the value that banks and capital markets provide to the wider economy and the vital role they will play in helping drive a recovery.

We think it is important to frame these choices in the context of the shifting trends in global banking and finance. Our starting point is that Brexit means Brexit – whether you like it or not – and that whatever the outcome of the negotiations in the coming months, Brexit will inevitably raise significant barriers in financial services between the UK and EU. This will require a degree of relocation of activity from the UK to the EU and will lead to gradual supervisory and regulatory divergence over time, at a time when the EU and US frameworks are evolving in different directions.

This gives the UK the opportunity to recalibrate its own framework and tailor it to the unique nature of the banking and finance industry in the UK. In many areas this framework will look and feel remarkably like the EU’s, but in some crucial aspects it will be different.

While the EU is the single most important overseas market for UK financial services and is readily accessible on its doorstep, the global context for the banking and finance industry has been transformed over the past few decades. Markets in Asia have significantly increased their share of global activity in the decade since the global financial crisis, are growing much faster than the EU, and will account for the vast majority of future growth in banking and capital markets activity over the coming decades.

In contrast, in a global context EU markets are small and shrinking in relative terms. Capital markets and the wider banking industry in the EU are fragmented and operate in an overly complex regulatory patchwork, acting as a drag on economic growth and innovation. Given the challenging geopolitical environment, the UK will need to work hard to develop closer partnerships in financial services with like-minded economies around the world.

While Brexit presents many challenges, it also provides an opportunity and a wake-up call for policymakers in the UK – and the EU – to set a clear strategic direction for the financial industry and capital markets in the face of structural global changes. We have included 25 suggested policy recommendations and areas of focus for discussion but we think the key questions for the UK boil down to:

Here is a 10-point summary of ‘Beyond Brexit: the future of UK banking and finance’:

1.An opportunity and imperative: Brexit will be a seismic change for the UK economy, the UK’s place on the global stage, and the UK banking and finance industry. At the same time, Brexit – combined with the recent Covid crisis – provides an opportunity and an imperative for the UK to review, rethink, and in some areas recalibrate its approach to banking and finance at both a domestic and international level.

2. Brexit means Brexit: whatever the outcome of the negotiations, Brexit will involve significant disruption for the banking and finance industry. In some key areas mutual access may continue, but in many sectors some business will have to relocate to ensure continued access to the EU. Instead of focusing on how to retain as much access to the EU market as possible we think the UK should consider at least some of this relocation as a sunk cost.

3. Alignment vs divergence: in some key areas such as clearing the UK will most likely stay aligned with the EU in order to retain some access and reduce market friction. But over time gradual divergence between the UK and the EU is inevitable, particularly in prudential supervision. While the EU is (not unreasonably) defining what business must be done in the EU, the UK will aim to be a financial centre where people want to do business.

4. Part of the solution: the Covid crisis has underlined the vital role that banking and capital markets play in supporting the wider economy and how they can be part of the solution. Bank lending and capital markets funding injected more than £120bn into the economy in the first few months of the crisis and the industry will play an important role alongside government in helping fuel an economic recovery. This has highlighted the value of UK banks and the need to ensure that the supervisory framework in the UK supports this important function.

5. The wider context: Brexit means that the EU is losing its biggest and most developed capital market. The UK accounts for just under one third of all capital markets activity in the EU. On the global stage, EU capital markets will shrink from just over a fifth (22%) of global activity, making it comfortably the largest bloc in the world after the US, to around 13% of global activity (the same as China). This separation, combined with a revised UK perspective, poses a profound challenge to the EU and highlights the urgency of the capital markets union project.

6. A strong platform: financial services is one of the most important sectors of the UK economy; the UK is the dominant financial market in Europe and the second largest international financial market in the world after the US. In some key areas – such as derivatives and FX trading, fintech and sustainable finance – the UK is a world leader and it will need to build on this position to help set global standards and drive international business.

7. A structural shift: over the past 15 years in banking and finance the pendulum has swung decisively towards Asia, which has significantly increased its share of global activity in every sector we analysed and overtaken the EU. The EU’s share has shrunk by a third over the same period and its market share has dropped in all but two sectors. On our conservative estimates we think Asia will account for more than half of all growth in global capital markets in the coming decade while the EU will represent just 10% of global growth.

8. Future partnerships: just under 40% of the UK’s trade in financial services today is with the EU27 and inevitably some of that trade will be lost as a result of Brexit. While the geopolitical backdrop is acutely challenging we think there is an opportunity to develop trade in financial services and closer partnerships with markets like the US (currently 27%), Japan (6%), Switzerland (4%) and other smaller markets such as Singapore and Australia.

9. The future framework for UK financial services: the UK has played an important role in shaping the EU framework under which it currently operates and it should not diverge for the sake of it. But in time it will need to ensure that the UK financial sector remains competitive on the global stage, and review key areas such as the prudential supervision framework, bank capital and structure, tweaks to Mifid II and Solvency II, the taxation of banking and finance, and regulatory process, to create a framework more tailored to the UK market.

10. Renewing the UK economy: the Covid crisis has injected more urgency into the government’s plans to reform the UK economy and we think the capital markets can play a big role in areas such as infrastructure investment, supporting innovation and long-term investment to boost productivity, and financing the transition to a more sustainable economy.

Thank you to Panagiotis Asimakopoulos and Manuel Haymoz at New Financial for conducting much of the heavy-lifting in this report; to the many individuals who have fed in to this paper through our events programme; to Barclays for supporting this important project, and to our members for their support for our work in making the case for bigger and better capital markets in Europe. We welcome feedback on our approach and conclusions: to email us about the report, click here. We apologise for any errors, which are entirely our fault.