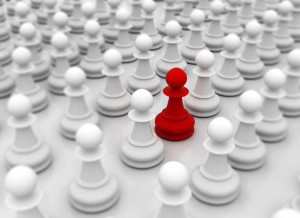 Report: ‘Counting every woman: gender diversity in the capital markets’

The European capital markets industry risks losing its competitive edge if it doesn’t embrace the importance of gender diversity at the most senior levels. The latest report from New Financial takes a snapshot of female representation on boards and executive committees at 220 organisations across 11 sectors in the financial markets – with some predictably depressing results.

You don’t have to be a paid up socialist to agree with Karl Marx when he said that ‘social progress can be measured by the social position of the female sex’.

While the rest of the business world seems to finally be waking up to the fact that half of the population – and of its potential workforce – are female, the capital markets risk being left behind. This summer, the last FTSE 100 company without a woman on its board finally succumbed and the number of female FTSE 100 chief executives has crept up to five. Sheryl Sandberg’s ‘lean in’ movement is inspiring a generation, and the importance of diversity in the broadest sense is increasingly being recognised in boardrooms across different sectors.

But the latest report by New Financial shows that the capital markets have a lot of catching up to do. The report takes a snapshot of female representation at the highest level of decision-making across the financial markets industry, and analyses its implications (the full report is available to download at the bottom of this article).

The numbers are sobering. Women hold just 19% of board positions and 15% of executive committee roles across the 220 companies and institutions in our sample from 11 different sectors. These averages are even lower than the 23% female representation on boards and 16% on ex-cos of FTSE 100 companies.

As in any industry, organisations in the European capital markets have a duty to reflect the people they serve, and to ensure they run their businesses in a sustainable manner – including following best practice in recruiting, retaining and promoting staff. Right now, that is not be the case, and the industry has an opportunity to step up and set an example. Proving that it is capable of fundamental change could even help capital markets earn back a degree of trust and respect destroyed by the financial crisis and subsequent scandals.

The four percentage point difference between the 19% average female representation on boards and 15% on executive committees may seem small in absolute terms but it is telling. While most governments, regulators, policymakers and lobbying groups have focused their attention on boards, this report digs beneath the anecdotal evidence of financial services being a tough workplace for women to quantify just how male-dominated the corner offices of financial organisations are.

One in five of the organisations we looked at have no women on their executive committee at all. The industry is starting from a very low base, and this is not going to change without a concerted effort to build a sustainable pipeline of female executives from the bottom up over an extended period of time.

The overall averages also disguise a wide range of gender diversity between the different sectors in our sample. For example, average female representation on executive committees is lowest at just 8% for investment banks (with private equity and hedge funds on 9%), rising to more than a quarter for pensions funds (27%) and  trade bodies (28%). A closer look at the FCA register for investment banks, private equity and hedge funds shows that the proportion of women drops off sharply at each level of management. The factors hindering women’s progress in these sectors demand more serious attention than headline-grabbing promises to pay for women to freeze eggs so they can keep working through their most fertile years (as Apple and Facebook have recently announced).

The point of this piece of research by New Financial is not to name and shame or to beat up the industry for its lack of diversity, but to encourage capital market participants to maximise the contribution of the available talent pool.

This report is the foundation of a series of events and publications on diversity. Gender is just a starting point for the wider diversity debate, based on the premise that different approaches and new ways of thinking can help create a more sustainable business model for the industry.

If you are interested in taking part in these events or have any suggestions for our future research, please contact Yasmine Chinwala on yasmine.chinwala@newfinancial.eu