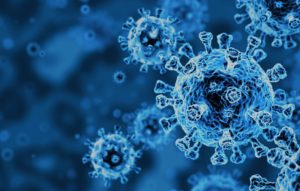 New Financial is a social enterprise that relies on support from the industry to facilitate its work. If you would in government, regulation, academia or the media and would like to request a copy of the full report, please click here and you can download the accompanying infographic here.

Bank across Europe responded to the Covid with an unprecedented increase in bank lending to companies, supported by government-backed lending schemes. Net new bank lending to non-financial companies (new loans minus repayments on existing loans) in the EU between March and June of this year was over €300bn – or nearly five times higher than in the same period last year. This has reversed more than a decade of declining bank lending in the Europe: the total value of outstanding bank lending to companies in both the EU27 and UK is now at its highest level since 2009.

Capital markets have stepped up a gear

Capital markets have played a valuable role in providing an additional €370bn in funding for around 800 companies across the EU between March and June this year, an increase of 45% on the same period in 2019. Companies raised €260bn in the corporate bond market (nearly double the what they raised in the same period last year); €47bn in equity markets (up by more than a third); and €65bn in leveraged loans (down by a fifth), according to Dealogic.

Capital markets in the EU27 are only half as developed relative to GDP as in the UK and they could play a much bigger role in supporting the EU economy in future. We identified huge potential for growth in European capital markets to help support a longer-term post-Covid recovery: we estimate that more than 4,000 additional companies a year in the EU27 could raise an extra €470bn a year in the capital markets – an increase of roughly 75% on current levels of activity.

The report highlights that many countries in the EU don’t have deep enough capital markets to benefit from this additional funding. This makes a strong case to develop bigger and better capital markets and injects a new sense of urgency and ambition into the capital markets union project.

Here is a short 10-point summary of this report:

1) Part of the solution: in the global financial crisis more than a decade ago, capital markets were a big part of the problem. In response to the Covid crisis, they are a big part of the solution. In the first few months of the crisis capital markets provided €370bn in financing to companies across the EU on top of €300bn in net bank lending. Capital markets will play a vital role in helping fuel a recovery by adding scale, flexibility and diversity to funding for companies, in facilitating EU initiatives like the Recovery Fund, and supporting governments.

2) Game-changing growth: there is huge potential for growth in capital markets across the EU27. On our ambitious but achievable analysis, an additional 4,000 companies in the EU27 could raise an extra €470bn per year in the capital markets – not far short of double the current levels of activity. This growth (or significant progress towards it) would significantly reduce the reliance of the EU economy on bank lending, drive innovation, and boost investment in jobs and growth.

5) A wide range in depth: there is a wide range in the depth of capital markets across the EU. The good news is that there are a number of countries in the EU27, such as the Netherlands, Sweden, Denmark and France with well-developed capital markets that can lead the way in terms of the future growth across the EU27. On the other hand, capital markets in large economies such as Germany, Italy and Spain are significantly underdeveloped and could play a much bigger role in supporting the economy post-Covid.

6) The reliance on banks: companies in the EU are still heavily reliant on bank lending for their funding. In the US, companies use corporate bonds for three quarters of their borrowing, three times more than level in the EU27. While the Covid crisis has demonstrated the value of bank lending to the economy, banks will be unable to provide the necessary funding for European companies on their own.

7) Deeper pools of capital: deep pools of long-term capital such as pensions and insurance assets – as well as direct retail investment – are the starting point for deep and effective capital markets. But pensions assets in the EU27 are less than a third as big relative to GDP as in the UK. Shifting more savings from bank deposits to investments would deploy more patient capital to help drive a more sustainable recovery in the longer term.

8) Fuelling the growth economy: the EU doesn’t have a start-up problem but it does have a problem channelling investment into high growth and scale-up companies that drive job creation. On our analysis, nearly 2,500 additional companies a year could benefit from an extra €4bn a year in venture capital funding – double current levels – and the number of companies listed on growth stock markets could quadruple.

9) Laying the foundations: it is important to distinguish between what measures can be taken at an EU level and at a national level to help develop capital markets. At the EU-level (the ‘more union’ part of CMU), there needs to be a renewed commitment from EU and national authorities to reform the supervisory architecture and accelerate convergence to reduce cross-border barriers, enhance competition and improve transparency.