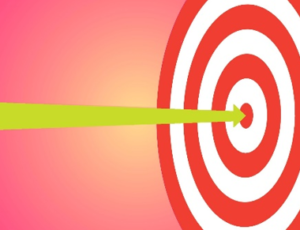 Five years since the launch of the Women in Finance Charter, this report assesses its impact on female representation and the wider diversity and inclusion agenda at signatory firms and across the financial services sector.

The UK government launched the HM Treasury Women in Finance Charter in March 2016 to encourage the financial services industry to improve gender balance in senior management. The Charter now has more than 400 signatories covering 950,000 employees across the sector.

Five years later, the average proportion of women has increased from 14% to 22% on executive committees across the UK finance sector and from 23% to 32% on boards, according to New Financial’s latest research. There is clear evidence that the Charter has made a vital contribution to driving permanent, sustainable change over the past five years – but the work of the Charter is far from done.

This report looks back over five years since the launch of the Charter, to assess its achievements and impact so far in three specific areas:

>>> whether there are now more women in the most senior decision-making roles across the financial services industry;

>>> how the Charter has influenced signatories’ approaches to improving female representation;

>>> how the Charter has informed and inspired the wider diversity and inclusion agenda.

The five year mark offers an opportunity to take stock of the Charter. This report celebrates successes, but also draws attention to where work still needs to be done to drive a permanent, sustainable change.

The highlights of the Five Year Review are:

1. A step change in senior female representation: There has been a significant step forward in the proportion of women on both boards and executive committees over the past five years across all financial services sectors. Excos have increased from 14% in 2016 to 22% on average today, while boards have increased from 23% to 32%. The increase for excos is nearly 60%, for boards it is nearly 40%.

2. Signatories surpass their peers: For the 100 Charter signatories in the sample, average representation on both boards and excos is much higher than the average for non-signatories – more than 50% higher for excos and 40% for boards.

3. Driving sustainable change: Of the respondents to the 2021 Signatories’ Survey, 56% said the Charter had driven permanent sustainable change in their organisations, and 63% said the same for the industry. Of those that said it was too early to tell, most anticipated change would become sustainable in the next five years.

4. Advancing the gender agenda: Nearly all signatories surveyed (97%) said their agenda to improve female representation had advanced over the past five years, and only a fifth (21%) believed they would have advanced to the same degree without being a Charter signatory.

6. Benefitting from the link to pay: Although signatories have found linking diversity targets to pay the most challenging of the four Charter principles and it has taken time to get to grips with the mechanisms, half (49%) are now finding the link to pay effective in driving change.

7. Accountable at the top table: The role of the accountable executive has evolved from awareness raising and speaker engagements in the early days to actively holding leadership and managers to account for delivering improvements. Two thirds of signatories (64%) have appointed accountable executives to other diversity areas, particularly ethnicity.

8. Shy about publishing progress: Making a public annual update against targets is the only one of the four Charter principles that has not shown clear improvement over the five year period. In the most recent round of reporting, a third of signatories failed to publish an update at all.

9. Rolling out the Charter framework: The Charter has made a huge impact far beyond its original remit – 70% of signatories are applying the principles to other diversity areas, and the Charter has been emulated in other sectors, in other countries and across multiple diversity strands.

10. The road ahead: The big wins for the Charter have been building a wide signatory base and ensuring gender diversity is a top level agenda item. At the current rate of increase, our sample would on average reach a target of parity on excos in 2033 and boards in 2029. The Charter has an important role to play in maintaining signatories’ focus in the years to come.

>>> female representation on boards and executive committees of a sample of 205 companies from 12 sectors of the UK financial services industry, collected in May 2021 and compared to 2016 data from the Empowering Productivity review;

>>> five years of annual review data based on the updates signatories provide to HM Treasury every year and signatory surveys conducted in 2017 and 2019 (available here).

All data has been anonymised and aggregated, and no data has been attributed without consent. Panagiotis Asimakopolous led the data analysis, with contributions from William Wright, Eivind Friis Hamre, Shruti Deb, Christopher Breen and Michelle Hoh, supervised by Yasmine Chinwala and Jennifer Barrow.

For more information on the Five Year Review or on New Financial’s diversity programme, please contact Yasmine Chinwala on  yasmine.chinwala@newfinancial.org

New Financial is a think tank and forum that makes the positive case for the vital role that capital markets play in driving economic growth. We believe Europe needs bigger and better capital markets to kick start the economy – and that this presents a huge opportunity for the industry and its customers to embrace change and reform, and to rethink how capital markets work.

Diversity is one of our four core areas of coverage. We believe diversity in its broadest sense is not only an essential part of running a sustainable business but a fundamental part of addressing cultural change. We provided data to Dame Jayne-Anne Gadhia’s government-backed review of senior women in financial services, Empowering Productivity, and we are HM Treasury’s data partner to monitor the progress of signatories to the HMT Women in Finance Charter.

New Financial would like to thank all our institutional members for their support, and particularly Aviva, Virgin Money, Refinitiv and City of London Corporation for funding our work on the HM Treasury Women in Finance Charter.