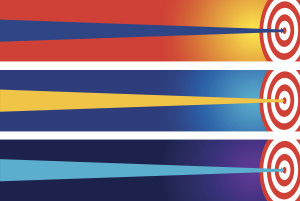 Report on ‘Leading the way: the HM Treasury Women in Finance Charter’

The HM Treasury Women in Finance Charter, launched in March this year, is a call to action for better gender diversity in financial services. New Financial’s latest report, produced in collaboration with HM Treasury, analyses the submissions from the first wave of Charter signatories to establish the starting point for levels of women in senior management today, the targets signatories are aiming for – and how they plan to achieve them.

In our latest report, New Financial worked with HM Treasury to analyse submissions from the 71 firms comprising the first wave of signatories across the main principles of the Charter. Charter signatories pledge to set internal targets for women in senior management positions and publicly publish annual progress against these targets, as well as linking targets to executive pay and having a senior executive accountable for gender diversity. The report is based on the data made public by signatories, as well as information submitted confidentially to HM Treasury and shared with New Financial.

The report looks at the overall averages for female representation today and targets over the next five years, broken down by company sector and size, as well as the nature and time frame of targets. We also look at the gender and role of the executive named accountable for diversity, how targets are linked to executive pay, and what signatories choose to disclose beyond the requirements of the Charter.

The financial services sector has long suffered from a lack of diversity – women hold less than a quarter (23%) of board positions and just one in seven (14%) of executive committee roles, according to New Financial’s 2016 report Women in UK Financial Services.

HM Treasury’s Charter is voluntary, but it provides a framework to catalyse change. The average target of 35% female representation in senior management over the next five years set by the first wave of signatories now draws a line in the sand – and that line should be viewed by the industry as a pit stop, not the finish line in the journey towards better gender balance.

Here is a summary of the main findings of the report:

* The first wave of signatories to the HM Treasury Women in Finance Charter are starting out with average female representation in senior management of 27%, and are aiming to hit 35% over the next five years.

* The starting point for signatories today ranges from 10% up to 47%* female representation. Half of signatories currently have between 20% and 40% of senior roles held by women, and 10 have parity or more women than men in those roles.

* There is a wide range in ambition amongst signatories. Targets range from 21% to 50% with 15 firms aiming for at least 50% female senior management over the next five years.

* There are clear differences by sector, ranging from a starting point of 23% female management at global banks and asset managers, up to 36% for professional services firms. Banks have set the most ambitious targets relative to today’s levels, aiming for an increase in senior women of more than 40% over the next five years.

* Company size also has an impact. Medium-sized companies face the steepest climb – firms with 500 to 1000 employees  aim to increase the level of women in senior management by nearly 50% on average.

* Two-thirds of signatories have named men as their executive accountable for diversity and inclusion actions, and nearly half have named their CEO.

* Nearly three-quarters of the first wave of signatories indicated a timeframe for their proposed target for women in senior management, with 60% aiming to reach their targets over the next three years.

* A fifth of signatories (15 firms) have already met or exceeded their targets. For them, being a Charter signatory is a means of publicly showing their commitment to gender diversity and sharing best practice.

New Financial believes that diversity in its broadest sense is not only essential to running a sustainable business but a fundamental part of addressing cultural change in capital markets. We are grateful to our institutional members for their support and particularly Virgin Money for funding this research.