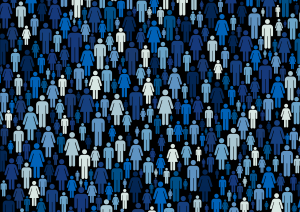 Gender balance in UK financial services has leapt up the agenda since the government asked Jayne-Anne Gadhia, chief executive of Virgin Money, to lead a review of women in senior management, and launched HM Treasury’s Women in Finance Charter. New Financial’s latest report looks at the context of the Gadhia Review and the Charter and discusses how the industry can engage with these initiatives as an important stepping stone towards permanent, sustainable change.

The UK has long been a standard bearer for regulation and standards in financial services, and is now taking a lead on improving gender balance in the industry. The government has good reason for taking action. In our latest report, New Financial analysed female representation on boards and executive committees at a sample of 200 companies across UK financial services, and we found that while women hold nearly a quarter (23%) of board positions, they comprise just one in seven (14%) of executive committee members.

So far, the focus of governments and pressure groups (and not just in the UK) has been on boards. Some countries have imposed quotas for female board representation for public companies, others, including the UK, have taken a voluntary approach while monitoring improvement. And it has worked – the proportion of women on FTSE 100 boards has risen from 12.5% in 2011 to 26% over five years. Our UK financial services sample at 23% female board members is not far off their FTSE 100 peers.

But, as our data shows, the time has come to turn that spotlight on executive committees. Whether we cut the data by country, ownership, or the number of people on the exco, the average percentage of women on excos hovers stubbornly around 14%, indicating that this is the natural baseline for women on excos in the absence of public pressure.

There is a big difference between excos and boards when it comes to gender diversity – for example, for investment banks, average female representation on boards at 30% is nearly triple that on excos at just 12%. And there is a wide range of gender diversity across different sectors in our sample on both excos (from 10% for private equity ranging up to 24% for challenger banks) and boards (just 7% for fintech up to 31% for banking groups).

Where women do sit on executive committees, they tend to be in support roles (seen as cost centres) rather than “profit and loss” functions (seen as revenue generating or profit centres). We found nearly two thirds of heads of HR (61%) and more than half of heads of communications (52%) on excos were women, but only 9% of heads of a division or region, and just 10% of the C-suite.

The UK government is now focused on increasing the number of women in the executive pipeline. The Gadhia Review and HM Treasury’s Charter are voluntary, but they are catalysts for discussion and provide a clear set of action points – including setting targets for improving gender balance – designed to shift the dial.

New Financial interviewed six of the Women in Finance Charter’s founder signatories to draw out the common themes signatories face. The biggest hurdle for potential Charter signatories to overcome is going to be setting targets. New Financial’s Diversity Disclosure 2015  research shows just 27% of companies publicly disclose any kind of diversity target, 26% disclose a gender-based target, 24% disclose a target for women in management and 10% a target for women on boards.

Agreeing targets is further complicated for international companies with non-UK boards and excos, who can be reluctant to set different standards for their regional operations and are less aware of local political pressures. But whether the industry likes it or not, the UK is sending a powerful signal, and over time other jurisdictions will likely follow this trend. No financial services company would expect sales to improve without setting a clear target and having a strategy to achieve it.

The Charter is voluntary, and asks companies to choose their own target that fits in with their own diversity strategy for their own business needs – but, if the financial services industry chooses not to step up to this challenge voluntarily and take action to improve gender balance in senior management, they may yet face the threat of a more prescriptive approach.

New Financial believes that diversity in its broadest sense is not only essential to running a sustainable business but a fundamental part of addressing cultural change in capital markets. We are grateful to our institutional members for their support and particularly Virgin Money and Hermes Investment Management for funding this research.