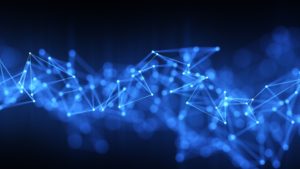 Over the past three years, the banking and finance industry in the UK and the rest of Europe has spent millions of hours and probably billions of dollars trying to understand the impact of Brexit on European capital markets. We thought this was a good opportunity to put things in perspective,  look a little further afield, and to try to understand what is going on in capital markets around the world.

The report provides a wake-up call to European regulators and policymakers: without a renewed sense of urgency, in 10 or 20 years’ time capital markets in Europe will represent a significantly smaller share of global activity than they do today. Our analysis suggests that Europe will account for only around one quarter of the growth opportunity in global capital markets over the next decade.

But it also highlights a huge opportunity for the industry: while there is clear potential to develop bigger and deeper capital markets in Europe, this is dwarfed by the potential growth in markets such as China, India, Brazil and other emerging markets.

The benefits of bigger and deeper capital markets

Large and deep capital markets are not an end in themselves. The value of deeper capital markets is that they support sustainable economic growth in several ways. Healthy capital markets diversify the range of financing for companies and reduce their reliance on bank lending. They boost the shock absorption capacity of an economy and strengthen financial stability. They improve productivity through more efficient allocation of capital. And they provide more people with more opportunities to invest or save towards their retirement.

We hope this report helps policymakers and market participants better identify development gaps and growth opportunities and how to address them, and better understand how deeper capital markets can benefit their economies.

2) A wide range in depth: our analysis highlights a wide range in the level of development of capital markets between different regions and individual economies. Our ranking is dominated by a premier league of six economies with highly-developed capital markets relative to GDP. The top two positions are smaller economies which act as hubs for regional activity: Hong Kong is top with a score of 261 (compared with a global benchmark of 100), and Singapore comes second with 248. They are followed by the US on 170, Luxembourg on 149, the UK on 138, and Canada on 124.

4) The future of Europe: capital markets in Europe are currently punching below their weight and are less than half as deep relative to GDP as in the US (with an overall depth score for the EU of 70 versus 170). The EU’s capital markets union initiative to help reduce the cross-border barriers to deeper capital markets could help accelerate the growth of capital markets in future. Brexit has highlighted the urgency of the CMU project: without the UK, capital markets in the rest of the EU27 are around one third smaller and significantly less developed than in the EU28.

5) The reliance on banks: in every region outside of North America, companies are still heavily reliant on bank lending for their funding. In the US the split between bank lending and corporate bonds is 26% bank lending and 74% bonds. Economies in Asia and Europe are nearly three times more dependent on bank lending. While there are clear structural differences in banking systems around the world, this reliance exposes these economies to the cyclical nature of bank lending, which can quickly dry up after an economic shock.

6) Deeper pools of capital: deep pools of long-term capital such as pensions and insurance assets are the starting point for deep and effective capital markets. But in Europe they are only half as deep relative to GDP as in the US, and in Asia just a quarter as deep. While households in Europe and Asia save more than in the US, there is huge potential to shift more of these savings into long-term pools of capital by developing pensions systems and encouraging more retail investment. In the US, just 12% of household financial assets are held in bank savings, compared with more than 30% in Europe and over 40% in Asia.

7) The huge potential for growth: we estimate that over the next 10 years global capital markets activity could grow by between 40% and 70% in real terms in sectors like IPOs and corporate bond issuance, which would significantly reduce the reliance of companies in many economies on bank lending and support more sustainable economic growth. Global pools of long-term capital will increase by around one third (equivalent to $24 trillion in real terms) as billions of people become wealthier and more economies around the world introduce and develop workplace and private pensions systems to address the looming demographic timebomb.

8) A shift in the balance of power: capital markets activity in emerging markets is likely to grow at between two and four times the rate of developed markets. In absolute terms, markets in the Asia Pacific will account for as much as two thirds of the growth over the coming decade in sectors such as stockmarkets, IPOs and corporate bonds. In most sectors, the potential growth in Asia is two to four times larger than in EMEA in terms of value, and Asia will increase its share of global capital markets activity from around one third today to just under a half over the next 20 years.

10) Laying the foundations: there are plenty of measures that governments and regulators can take to support the growth of deep and effective capital markets, from encouraging the formation of pools of capital through the development of workplace and private pensions; promoting better financial literacy and a retail investment culture; ensuring and maintaining high standards of market integrity and investor protection; calibrating the need for high standards of supervision and regulation with the need for innovation and growth; and opening up capital markets to greater competition. While many of the barriers to deeper capital markets are national, the increasingly interconnected global economy means that some of these challenges can only be addressed at a cross-border, regional or global level.

The report analyses the size, depth and growth potential of capital markets in 60 economies around the world including all members of the G20, OECD and EU28. We collected data for 25 different sectors of activity in eight broad groups to measure the value of activity in each economy:

For each metric, we measured the value of activity as a percentage of GDP in each economy in 2017. To enable a comparison in depth between the different sectors we rebased these percentages in each sector to the EU average, with 100 representing the average depth of activity relative to GDP in the EU in 2017. We used the EU as our benchmark for the sake of continuity as we have already developed a comprehensive and long-run dataset for EU capital markets. To reduce the impact of outliers, we capped the values for individual sectors for each economy at two standard deviations from the average score.

We estimated the growth opportunity across the different sectors for each economy in three ‘what if?’ scenarios. Our headline numbers are the average of these three scenarios:

Conservative: what if the market depth remains the same relative to GDP as today and real GDP growth continues at half the historic average annual rate of real GDP growth?

Thank you to Panagiotis Asimakopoulos and Eivind Friis Hamre for doing most of the heavy-lifting on the research; the Global Financial Markets Association for supporting this project and its three constituent trade associations AFME, ASIFMA and SIFMA for providing the analysis on the wider context of capital markets; and our members for supporting our work in making the case for bigger and better capital markets. We apologise for any errors, which are entirely our fault.

* Headline rankings: an overall ranking of the size and depth of capital markets in individual countries and by the three main geographic regions of Americas, Asia Pacific and EMEA, split between developed and emerging markets.

* Context: it looks at the wider context of capital markets, the main barriers to the growth of capital markets in different regions around the world, and the measures that policymakers can take to address these common challenges.

* Appendix: a detailed ranking of the depth of capital markets and their growth potential in each economy