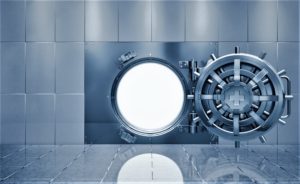 This report outlines an ambitious vision of game-changing growth in European capital markets. It underlines the wide range in the size and depth of markets across the EU and highlights the potential benefits of deeper capital markets to the European economy in concrete and practical terms.

The capital markets union initiative has laid some of the foundations for future growth, but in terms of concrete progress it has been relatively modest. One of the main factors behind this is the often lukewarm political commitment to – and continued mistrust of – bigger capital markets in many countries across Europe.

This report addresses this head-on by making a concrete and practical case for the benefits of bigger and better capital markets, breaking it down to a more accessible and tangible level.

Bigger capital markets are not an end in themselves. They help diversify the sources of funding for companies; reduce the reliance of the EU economy on bank lending; increase the availability and scale of risk capital to support innovation and growth; boost the pools of long-term capital that could be put to work in the economy; and help reduce the increasingly unsustainable burden of future pensions provision.

We have expressed the growth potential in terms of what it would mean for the number of additional companies in each sector and each country that could potentially access capital markets, and how much more money they would be able to raise. To pick one country, our model estimates that in Germany the realistic growth potential translates into an additional:

The report highlights the significant progress in capital markets in the EU over the past five years as markets have recovered from the financial crisis, and measures the wide range in the level of development of capital markets across the EU. It also forecasts where we might expect capital markets to be in 10 years based on some conservative growth assumptions based on current trends.

More importantly, it also presents a much more ambitious growth analysis based on a ‘what if…?’ scenario: what if capital markets in each country in the EU were as large relative to GDP as they are in the five most developed countries in each sector? While this growth may seem improbable from where we are standing today, it is based on what five member states in each sector have already shown is perfectly possible.

This growth – or even modest progress in the right direction – would have a significant impact on national economies across Europe. We think that with a renewed commitment from EU policymakers, national authorities, and market participants, significant growth is realistically achievable.