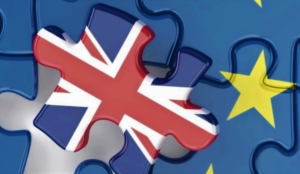 Report: what do EU capital markets look like on the other side of Brexit?

With Brexit just a few weeks away, this snapshot of what capital markets in the EU will look like after the departure of the UK makes for sobering reading.

EU capital markets will be far smaller and less developed post-Brexit, and the EU economy will be even more reliant on a struggling banking sector than it is today. Brexit also means that the EU will replace the current dominance in capital markets of the UK with an effective duopoly of France and Germany, who will account for nearly 45% of all capital markets activity in the EU.

A shift in tone?

This is likely to lead to a shift in the tone and direction of policy around capital markets in Europe, not least on the future of the capital markets union initiative and the future supervisory framework. The EU will lose its largest and deepest capital market and the supervisory and regulatory expertise that has built up in the UK over many decades. A significant part of the EU’s footprint in global capital markets will also be lost, with its share of global activity shrinking by nearly one third.

At the same time, large parts of EU capital markets activity will effectively be based offshore in the UK – particularly in sectors such as trading and asset management where firms have chosen to concentrate large parts of their EU activity in London. In highlighting the relative underdevelopment of capital markets in the EU27, the report also underlines the urgency for policymakers across Europe to focus on developing bigger and better capital markets to support growth and investment in the EU economy.