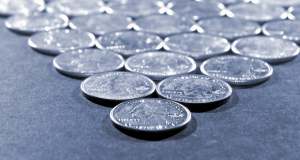 Taking stock on pay: what we do and don’t know about pay at investment banks and asset managers

More than seven years after the financial crisis, pay and bonuses are still a lightning rod for criticism of the financial industry. One of the problems is that the debate around pay is based on poor information: public disclosure by the industry is patchy, inconsistent and often confusing. This reports puts some hard numbers on what has been happening to pay at investment banks and asset management firms over the past decade – and shows that while progress has been made, the industry still has further to go in addressing pay.

The report provides full information on pay at investment banks and asset managers from 2004 to 2014, but only includes a few estimates for 2015 based on the small number of firms that have reported their results so far. We will update the 2015 numbers once all of the firms in our sample have published their results and additional disclosures in their annual reports later this year.

In the meantime, here are 10 things we do and don’t know about pay at investment banks and asset management firms:

1. We don’t know a lot about pay. Disclosure on pay and bonuses across the industry is patchy, inconsistent, and often confusing. Many big financial groups don’t disclose pay in their investment bank or asset management divisions, and only a handful disclose information on fixed pay, bonus pools or deferrals.

4. Average pay per employee at asset management firms has risen since the financial crisis to $263,000 in 2014. However, we should be wary of comparing the pay at asset management firms with a few hundred or few thousand staff, with pay at investment banks which have tens of thousands of staff. Based on a small sample, we estimate compensation cost per employee flatlined last year.

7. Bonus pools at banks are shrinking in absolute and relative terms. At a sample of six banks with comparable disclosure, bonus pools shrank by 31% between 2010 and 2014, and they have shrunk relative to revenues, and pretax profits.

8. Awarded pay has fallen by 15% in total since 2010 and by 7% per employee. This metric includes salaries and bonuses awarded for performance in any particular year is a more accurate guide to what’s happening with pay but only a handful of firms disclose it.

9. The concept of average pay is misleading at investment banks. Pay is highly concentrated at the top of each firm. The top 1% of staff at banks share about one third of the total bonus pool; senior staff at investment banks earn nearly 10 times as much on average as the rest of the banks’ employees; and front office staff are paid on average more than four times as much as support staff.