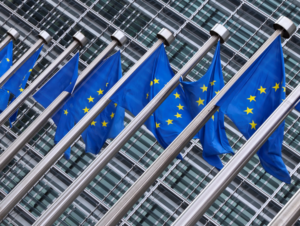 New Financial is a social enterprise that relies on support from the industry to fund its work. To request a copy of the report, please click here.

The politics of EU capital markets

This is our eighth annual report on the state of EU capital markets, and this year it focuses on the politics of capital markets. It identifies more than 20 different but interconnected types of political resistance to the capital markets union (CMU) project and outlines how to address them.

European capital markets are heading slowly in the right direction, but they are still not as developed as they could or need to be. CMU needs a combination of EU-wide ‘top down’ measures to encourage harmonisation and national-level ‘bottom up’ measures to increase capacity. While the main achievement of CMU so far is to have put capital markets on the political agenda across Europe, it is not a political priority in most member states and faces many political hurdles ahead. Member states often resist ‘top down’ efforts to drive progress, while simultaneously shying away from or delaying the introduction of their own ‘bottom up’ initiatives.

In light of Brexit, Covid, Russia’s invasion of Ukraine, and the subsequent energy crisis, it is understandable that EU governments do not always have enough bandwidth or political capital to focus on CMU. However, we think strong capital markets would strengthen Europe’s economic resilience, help fuel an economic recovery, and help address systemic challenges such as demographic change and the transition to net zero.

Here is a short summary of the report:

1.A long-term game: building bigger, deeper, and more integrated capital markets in Europe requires a combination of EU-wide ‘top down’ measures to encourage harmonisation and national-level ‘bottom up’ measures to increase capacity. CMU will not be built in Brussels but in each and every member state. It is a long-term game and will take decades to become a reality.

2. The politics of capital markets: there is noticeable political resistance to CMU in member states across Europe. Driving CMU forward requires understanding and addressing five different but interconnected types of political obstacles: deeply rooted philosophical, cultural, and political scepticism; a desire to protect domestic markets; a fear of loss of sovereignty and control; tension between Brussels and member states; and the limited political bandwidth available for longer-term and unpopular projects.

3. Bigger and deeper: EU capital markets have grown consistently since the launch for CMU in 2015 and, relative to GDP, are now deeper than ever before (overtaking their previous peak in 2007 before the financial crisis). In the EU, capital markets are moving in the right direction, but they are still not as developed as they could be.

6. A rising star: after a bumper few years in equity markets activity, capital markets in Sweden are now almost as deep as in the UK. Over the past few years the depth of capital markets has grown much faster in Sweden than in the rest of the EU and it has overtaken the Netherlands as the poster child for EU capital markets. It remains to be seen whether Sweden can maintain this depth, but it shows what is possible.

7. The reliance on banks: companies in the EU are still heavily reliant on bank lending for their funding despite some progress over the past decade. In the face of economic headwinds, structural challenges, and regulatory reform, banks will be unable to provide the necessary funding for European companies on their own.

8. Deeper pools of capital: deep pools of long-term capital such as pensions and insurance assets – as well as direct retail investment – are the starting point for deep and effective capital markets. But pensions assets in the EU remain less than a third as big relative to GDP as in the UK. Shifting more savings from bank deposits to investments would deploy more capital to help drive a more sustainable recovery in the longer term.

9. Game-changing growth: there is huge potential for growth in capital markets across the EU: an additional 4,800 companies could raise an extra €500bn per year in capital markets and an additional €12tn in long-term capital could be put to work in the economy. Progress towards this growth would significantly reduce the reliance of the EU economy on banks, boost growth, innovation, and jobs, and provide a more sustainable future for EU citizens.

10. Tough decisions ahead: there is no silver bullet or magic wand to address the many types of political resistance to CMU. To drive more growth and integration in European capital markets, CMU needs a political reset to inject new urgency into the project, a new narrative, and a consistent and enduring framework based on core principles.

We analyse the size and, relative to GDP, the depth of capital markets across pools of capital, equity markets, bond markets, loans & securitisation, assets under management, corporate activity, and private equity, venture capital & crowdfunding in all 27 EU member states. In each sector and country we also estimate the growth potential in terms of the number of additional companies that could get funding, how much they could raise, and as a percentage increase on the current level of activity.

With thanks to Christopher Breen for collecting and analysing the wealth of data that underpins this report, William Wright for his support and feedback, Dealogic and Invest Europe for providing access to their data, and our members for supporting our work on bigger and better capital markets.