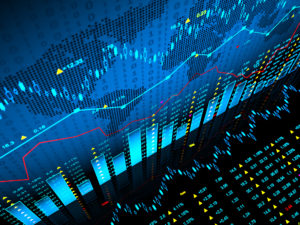 One of the biggest challenges and opportunities for UK capital markets is how to reinvigorate the new issue market and to make listing in the UK more attractive to UK and international companies alike.

Our latest paper ‘The wider context on UK public equity markets’ is our submission to the UK listings review, being led by former European Commissioner Lord Hill. We are delighted to have hosted two events this week with Lord Hill to debate the wide range of range of perspectives on one of our favourite topics with different market participants.

The report provides a wide-ranging and long-run analysis of the shifting trends in the UK, US and global public equity and new issue markets. It shows that while the listings process and regulations in the UK can always be improved, the causes of the relative decline in public equity markets and new issues over the past 25 years are more structural – and will therefore require a wider strategic response.

The paper is in the form of a slide presentation with notes and has a lot more charts than words. It  updates and expands our report from 2019 on ‘What are stock exchanges for? And why should we care?’  that we published in collaboration with Pension Insurance Corporation.

Here is a 10-point summary of our paper on the UK public equity and new issues market:

1) Why public equity markets and IPOs matter: without equity there is no other finance. Equity markets drive growth and investment by providing long-term risk capital to companies; they fuel innovation and productivity growth; they democratise wealth creation; they set standards in governance and accountability; and they support the social licence for business and finance. Post-Brexit the UK can build on its position as the dominant market in Europe for IPOs and the second biggest market globally for international IPOs.

2) A structural decline: over the past 25 years, public equity markets in developed economies have been in structural decline. While stock markets are bigger, deeper, and more liquid and more efficient than ever, the number of companies listed on them in developed economies has roughly halved, the value of new issues has fallen by two thirds, and the number of new issues has dropped by three quarters.

4) So, what’s the problem? Over the past 20 years the number of listed UK companies (including the main market and AIM) has nearly halved (-44%), the value of new issues has fallen by around two thirds in real terms to about £5bn a year, and the number of new issues has dropped from over 400 a year at its peak to less than 100. A small but significant number of high growth UK companies have opted to list in the US instead of London.

6) The US and UK new issue markets: there are a number of key differences between the IPO market in the US and the UK:

8) The opportunity ahead: there is a significant opportunity for the UK to increase listings in at least four specific areas:

9) Rethinking the listings process: we think there is scope to explore tweaks to the listings requirements in the UK. Any changes would obviously need to be carefully balanced with the needs and concerns of investors. The UK could explore the following:

10) Recalibrating the wider framework: in addition to rethinking the listings framework, there is scope to address the more structural factors that act as a drag on public equity markets and new issues: