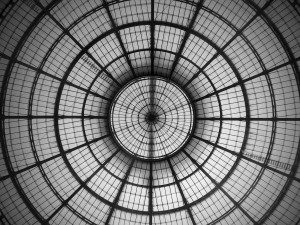 Finance academics and economists need to take a more constructively critical approach to the finance industry to help keep it on its toes, break out of the vicious circle of mistrust and regulation, and highlight the positive role it can play in driving prosperity.

When your biggest supporters start to criticise you, it’s probably time to sit up and take notice. Luigi Zingales, a professor of finance at the University of Chicago Booth School of Business, is one of the strongest advocates of the value of free markets in driving prosperity. But he is also a fierce critic of the inefficiencies and blockages that arise when markets are captured and distorted by market participants.

This distortion of free markets by incumbents helped create the financial crisis and has contributed to the collapse in trust in the finance industry and regulatory backlash against it.

In a powerful new paper, Zingales argues that academic economists have not helped: they are often too involved in their specialist work to see the wood for the trees, they have not been as rigorous in interrogating the industry as they might have been, they have often taken the benefits of finance for granted and have been too quick to dismiss critics of the industry.

In doing so, they have contributed to a vicious circle of bad behaviour, the further deterioration of trust in finance, and the well-intended but often damaging regulatory and legislative response. Here is a 10 point summary of Zingales’ argument, if you don’t have time to download and read the full paper.

1. Can’t see the wood for the trees

In the face of fierce criticism of the finance industry, economists tend to dismiss public concern as ‘populism’. Zingales argues: ‘As finance academics, we should care deeply about the way the industry is perceived by society…because there might be some truth in all these criticisms, truths we cannot see because we are too embedded in our own world.’ Even if academics think there is no truth in this negative view of finance they should care because of its impact on regulation and government intervention.

When public trust in finance deteriorates, government and politicians step in with often well-intended but misguided and occasionally retro-active legislation. This in turn encourages the finance industry to lobby for political protection. Unfortunately ‘only those financiers who enjoy rents can afford to pay for the heavy lobbying. Thus in the face of public resentment only the noncompetitive and clubbish finance can survive,’ says Zingales. This creates even more public mistrust, spiralling into a vicious circle of mistrust.

3. Winning every battle but losing the war

Economists need to pick their battles more carefully. ‘By defending all forms of finance, by being unwilling to separate the wheat from the chaff, we have lost credibility in defending the real contribution of finance,’ he argues. Instead of blindly defending finance, academics have an important role to play in identifying which financial practices are good for society as a whole and which only profit the financiers themselves.

4. Show me the evidence

Zingales highlights the surprising paucity of rigorous academic evidence to support the value and benefits from some of the most important financial developments of the past few decades, such as the junk bond market, options and futures markets and interest rate swaps. ‘Before the financial crisis the incentives to write a paper documenting the benefit of any of these markets was very high. The data were readily available. Thus, if no paper has been published it is not for lack of trying but for lack of any success in finding a statistically significant results’.

The finance industry is very good at undermining trust in itself, from mis-selling and market manipulation to fraud. That the finance industry is also very good at getting away with it makes matters worse. The problem is often compounded by the reaction of policymakers: the ‘observed inefficiency of the finance sector is often not the result of market imperfections, but of government interventions themselves’. In other words, the industry needs all the help it can get from academics to make a positive but constructively critical case for the value of finance.

6. The value of finance

While there are problems in the system, there are many important benefits to finance. Zingales cites research showing that finance ‘fosters growth, promotes entrepreneurship, favors education, alleviates poverty and reduces inequality’. He argues that the public would appreciate these benefits more if scholars were better at separating the good from the bad in finance and communicating their findings to a wider audience.

Scholars should be less concerned in their research with what is politically relevant or even feasible and more concerned with best practice. By focusing too much on what can be achieved given constraints from lobbying and political interest, Zingales says ‘We run the risk of becoming (inadvertently) the mouthpiece of those interests.’ For example, in the debate around the tax advantage of debt over equity, most research dances around the big question of getting rid of it altogether, because it would face huge practical and political difficulties. In doing so, it actually entrenches the tax advantage of debt, and makes the problem even harder to solve.

By focusing more of their research on policy (but not politics) instead of theory, academics could play a valuable role in improving regulation. For example, they could help keep regulation simple and help create regulation through the right incentives that promote good practice in the first place and not just punish after the fact. Complex rules ‘are difficult to enforce even under the best of circumstances, and impossible when their enforcement is the domain of captured agencies’.

Regulation is not the only way to improve finance practice. Zingales quotes Justice Loius Brandeis saying: ‘Publicity is justly commended as a remedy for social and industrial diseases.’ Academics can act as whistleblowers for the financial industry by drawing public attention to bad practice. Similarly they can use their research to identify and promote good policy solutions to current problems.

Academics also need to change the way they teach. Doctors take a Hippocratic Oath and promise not to do things that increase their income at the expense of their patients. In contrast, many students of finance are effectively taught to be amoral, and that it would be irrational not to commit a crime if the expected benefit exceeded the expected cost. This helps shape the culture of finance and economics. For Zingales, it is important that academics are aware of the effect they can have and use it wisely. Specifically, academics have a duty to educate people on finance and how it contributes to society, and to identify which finance practices are beneficial to the public and which lead to future problems and crises.