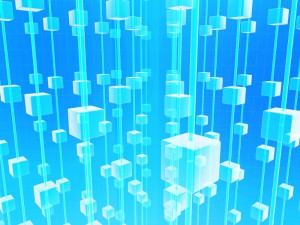 Thinking allowed: a selection of some recent academic papers

Here is a selection of recent academic papers and research that we have read, sifted and translated so that you don’t have to. This week, the papers include the theory behind regulatory capture, the impossibility of designing a benchmark that can’t be manipulated by determined and unscrupulous traders, an alternative perspective on long-termism, and why happy staff make for happy shareholders.

Please send any papers that you come across or would like to recommend to info@newfinancial.eu

One of the main factors in the financial crisis was that too many regulators had succumbed to the tendency towards regulatory ‘capture’ and had got too close to the industry and firms they were regulating to see the wood for the trees.  But in an industry with a public mandate to promote integrity and protect investors, how and why does capture happen?

Luigi Zingales, Professor of Finance at the University of Chicago Booth School of Business outlines the causes of regulatory capture in a paper about preventing economists’ capture. He claims that more than being an indicator of corruption, regulatory capture is the result of certain economic incentives providing ample opportunities for ‘well-intentioned regulators’ to cater to outside interests.

Because regulators rely heavily on information provided by those they are meant to regulate, there is heavy temptation towards a quid pro quo exchange of information for favourable treatment. This is exacerbated by potential career opportunities available to regulators who behave more favourably toward the industry.

Compounding all of this is the highly-specialised knowledge regulators have, which colours their assessment a particular sector. ‘A person specialised in derivative trading, for instance, is likely to be terribly impressed with the importance and value of derivatives’, says Zingales. Lastly, the asymmetrical nature of lobbying, which favours large firms with greater access to resources, means that firms cannot influence regulators equally.

Regulators are human beings and are influenced by outside interests, despite efforts to avoid corruption. Understanding the underlying structural and environmental causes that lead to regulatory capture is an important first step in mitigating future corruption.

by Luigi Zingales – University of Chicago Booth School of Business

Confidence in financial benchmarks has taken a hit in light of recent exchange fixings scandals. Wanting to avoid the risk of regulatory penalties and litigation, banks have become more reluctant to support these benchmarks: for example, 40% of banks contributing to Euribor have dropped out of the participating panel after reports of fixings manipulation. Given this lack of confidence, how can regulators design benchmarks that work better more of the time and which are harder to manipulate?

Research by Darrell Duffie and Piotr Dworczak of Stanford University suggests restoring confidence in benchmarks is possible by making them more robust. Their solution builds off of regulatory recommendations to anchor ‘benchmarks in actual transactions’, instead of solely relying on reports from bank officials.

Duffie and Dworczak recommend benchmark administrators assign weights to prices they observe in transactions by anonymous traders. These assigned weights should increase with the size of the transactions – the larger the transaction, the more weight it has, with the smallest transactions having almost zero weight.

Despite the near impossibility of totally eliminating manipulation, it is clear that making benchmarks more robust, thereby increasing confidence in them, is well within reach. Doing so is essential if benchmarks are to regain the trust of banks, investors and regulators anytime soon.

In the ongoing debate over long-termism vs short-termism, it is usually taken as a given that a short-term approach to investment by companies, governments and companies is one of the main culprits in stuttering growth in the European economy. So much so that the European Commission recently proposed amendments to the Shareholder Rights Directive aim to shift the European economy towards a clearer focus on the longer term.

However, a recent paper by Therese Strand of the Copenhagen Business School argues that not only is short-termism not as big a problem as the Commission conceives, but that concern over the ill effects of short-termism is not as clearly supported by the evidence as you might expect – and that the proposed solutions to address it will likely cause yet more problems for Europe.

While the proposed amendments encourage solutions such as patient capital taking an active role in corporate governance and implementing binding say-on-pay provisions, Strand contends that those actions would incur heavy costs for investors, have little to no effect, or add bureaucratic burdens to corporate governance systems, rather than solve problems.

Strand challenges the assumptions the Commission used to create its recommendations and casts serious doubt on the efficacy of the proposed amendments. She believes the impetus for some of the recommendations are not rooted in economic evidence, but rather stem from political motivations. For example, she cites the US attempts at legislating say-on-pay measures as not having accomplished what they set out to do and have even increased pay levels. Strand asserts that trying to enact similar measures in Europe will yield similar results, especially since shareholders are not as adamant as politicians that remuneration levels are ‘unacceptably high’.

Ultimately, she concludes, short-term and long-term investors alike can cause market distortions. Expecting the Commission’s amendments ‘will solve short-termism problems or alter the corporate governance system in any significant way’ is a ‘grandiose’ hope at best.

Re-thinking Short-termism and the Role of Patient Capital in Europe: Perspectives on the New Shareholders Rights Directive

When was the last time a company’s shareholders worried about how happy the company’s employees were? Based on recent research from the London Business School’s Alex Edmans, managers and investors alike could benefit significantly by paying more attention to workplace satisfaction.

By using lists of the ‘Best Companies to Work For’ in 14 countries, a working paper by Edmans and his colleagues Lucius Li and Chendi Zhang of the University of Warwick analysed the relationship between abnormal stock returns and employee satisfaction. They found that reports of higher employee satisfaction in publicly-traded companies correlated directly to above-average returns for investors.

As service- and knowledge-based corporations comprise a larger share of the economy, companies’ assets are more often people instead of products. Attracting and retaining qualified employees can give a company a ‘sustainable competitive advantage’, which in turn benefits not only the company, employees and customers, but investors as well. And the benefits are real: the best companies to work for outperform their peers by anywhere from 2-9%.

However, there is a caveat to all this good news: these ‘positive abnormal returns’ only occur in countries with ‘high labour market flexibility’ – environments with fewer barriers to hiring and firing, such as the US and UK – and were not found in countries with low flexibility, such as Germany. In countries with inflexible labour markets, regulations provide a basic standard for employee welfare. This reduces the marginal benefit of improving recruitment, retention and worker satisfaction, resulting in no shareholder advantage.

Both managers and investors should keep employee satisfaction in mind when designing corporate hiring practices or selecting companies in which to invest. This attention should also be accompanied by an awareness that the higher returns associated with employee satisfaction are heavily determined by the institutional environment in which corporations operate.