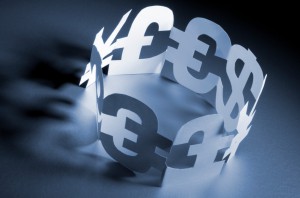 Winning the debate on bankers’ pay and bonuses

The question of pay and bonuses at investment banks is not just about the numbers. It’s an important barometer of the shifting balance in how the industry thinks about itself in relation to its shareholders, to its clients, and to society. Until banks start making a more positive case for the value of what they do, they will struggle to defuse – let alone win – the argument.

Sometimes being right is not enough on its own to win the argument. At a conference a few weeks ago Antony Jenkins, the chief executive of Barclays, said that it was a myth that all bankers were very highly paid and a myth that nothing had been done to bring down pay across the industry. He was right on both counts, but his comments highlighted how far the industry still has to go in trying to win the public debate.

Pointing out that the vast majority of people in the industry do not earn million dollar bonuses only draws attention to the thousands of people who still do. And highlighting how much overall pay has fallen since the financial crisis underlines how high it still seems and how much further it still has to fall.

At most banks there is a level of inequality between the very top end and the rest of the staff that would make Thomas Piketty blush. At Barclays, 1% of the staff earned more than half a million pounds last year – while three quarters of its employees earn less than £50,000, and median pay at the bank is less than the UK average of £26,500.

Those at the very top take home a surprisingly large share  of overall pay and bonuses. At Deutsche Bank the top 5% of staff at its investment bank shared half of the bonus pool for the entire division between them last year. At Barclays, Credit Suisse and UBS the top 500 or so ‘code staff’ (senior management and other highly-paid staff) shared roughly one quarter of the entire group bonus pool between them:

This concentration makes the numbers on ‘average pay’ that are bounced around each year almost redundant. At Deutsche Bank for example, the average awarded compensation cost per employee in its investment bank last year was around $225,000. But the average pay for the 95% of staff outside of the gilded elite is $163,000 – just one tenth of the average $1.63m that the top 1,100 staff took home. If you assume that the top third of the staff share two thirds of the money then the average pay for the majority of staff in the division is a little more than $100,000. That’s almost down in the real world.

This leads to the second myth that nothing has been done to bring levels of pay down. In fact, whichever way you look at it, pay coming down a lot faster than most people might think:

– Average pay for the top few hundred most senior bankers at Barclays and RBS has fallen by more than 40% and their bonuses have roughly halved since 2010 (2).

– In relative terms, pay at investment banks is running at its lowest levels in at least a decade. The ‘comp ratio’ (pay as a proportion of revenues) dropped to 38% last year compared with an average of just under 50% before the crisis (1).

– This relative fall in pay translates into a big shift in the balance of reward between shareholders and staff. Investment banks were 40% more profitable last year than they otherwise would have been had pay not fallen as sharply as it has (1).

This is all very positive. But it’s not enough to make the debate go away. First, it’s very hard for people to empathise with the line that pay has fallen so sharply when the top few hundred staff at European banks are still are still earning an average of more than $2m each.

Second, people struggle to understand the economics of an industry that has supposedly been brought to its knees by the burden of regulatory reform but which can still afford to pay so many people so much money: more than 2,700 people at banks in the UK earned more than €1m in 2012, according to the European Banking Authority).

Look at it another way. For most people, the £285,000 earned by Daniel Blunkett, the trader at Barclays who was banned last month for manipulating the gold price, is a huge sum of money. But at Barclays his pay was distinctly average: 4,000 people at the bank earned more than £250,000 last year.

Going round in circles

The problem for the banks is that they misunderstand the terms of the debate. It is not about the how few or how many people earn a million dollars. And it’s not about how much pay and bonuses have fallen. It’s about why the numbers are so high in the first place. How do financial markets turn other people’s money – individual  savings, pensions, and insurance policies – into such high pay for seemingly so many employees?

Banks have traditionally defended pay with a circular argument: we have to pay competitively in order to remain competitive. This ‘free market’ argument is wearing a little thin, not least because large chunks of that ‘free market’ are backstopped by taxpayers.

At New Financial, we believe that pay is not just about the numbers. Instead, it is an important barometer of the shifting balance in how the industry thinks about itself in relation to its shareholders, to its clients, and to society. As a result, ‘getting pay right’ (across the industry – not just at investment banks) is one of the main topics that we will focus on over the coming year.

Until market participants in the capital markets start making a more positive case for what they do and – crucially – the case for why they deserve to get paid the fees, commissions or spreads that they make, they will continue to fight a losing battle. Even if they’re right.