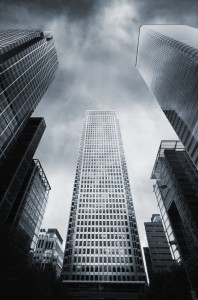 A New Year rehab programme for the City of London

The recent attack on the City by the Labour leader Jeremy Corbyn – and the public comments by a bank chief executive on bankers’ bonuses and populism – show that 10 years on from the financial there are few signs of mistrust and anger with the industry going away. If the industry wants to bridge the gap with the rest of society it should start by talking about itself in a different way.

You can download a short paper on ‘How (not) to talk about banking and finance’ here.

There were three things at the top of many people’s Christmas list in the City of London this year. First, a bigger bonus. Second, that they don’t get posted to Luxembourg or Frankfurt as a result of Brexit. And third, that 10 years after the financial crisis, the bank bashing that has dominated the headlines and public debate around the City for so long will at long last just go away.

Sadly, Santa Claus was likely to disappoint them on all three counts. On bonuses, most people in the industry can expect a lower bonus again this year as tougher regulation and lower activity continue to bite. On Brexit, despite the progress made in Brexit negotiations and the recent decision by the Bank of England for European banks to be able to continue to operate in the UK pretty much as they do today, perhaps 10,000 jobs will relocate to the EU over the next year or so, with more to come in future.

And on bank bashing, anyone who had hoped that the wider public anger at the industry would soon blow over hasn’t being paying attention. For that, the industry has no-one to blame but itself.

If you need any evidence of how far this debate still has to run, think back to the end of November. Jeremy Corbyn launched an unusually vicious and personal attack on the industry, warning that the “speculators and gamblers who crashed the economy” and who pay themselves millions of pounds when so many people are struggling to get by should be very afraid of a future Labour government.

And on the same day, Sergio Ermotti, the chief executive of UBS who earns roughly £10m a year, said that much of the debate on bankers’ pay and bonuses “is made by people who are maybe frustrated that they do no make that sort of money”. In a spat with Sir Paul Tucker, a former deputy governor of the Bank of England, he went on to argue that that banks need to offer high pay to attract the highest talent and that the debate over bankers pay was “very populistic” (* see below).

You don’t have to subscribe to Mr Corbyn’s politics to know that there is a large and ready audience in the UK who believe that the City is little more than a giant casino. And you don’t have to have to be a fully-paid-up bank basher to understand that Mr Ermotti’s comments probably didn’t help his or the industry’s cause.

There are many reasons why the anger and mistrust with the industry are still bubbling away: the dripfeed of scandals and misconduct since the crisis; levels of pay that are incomprehensible to most mortals and not as closely linked to performance as many bankers would like to claim; complex and often opaque fees that are often not as aligned with customers as the industry’s stated commitment to its customers suggest they could be; a powerful lobbying group that fights every reform as though it were Custer’s Last Stand; and a wider sense that the industry puts its own interests ahead of those of its customers.

This adds up to a potent sense that the industry is disconnected from the economy and society that it exists to serve.

How not to talk about banking

But there is a common thread that runs through these concerns that is entirely within the industry’s power to change. Too often the industry talks about itself and the value of what it does in the wrong way. It frames its importance to the UK economy in terms of how many people it employs (just over 1 million), the huge amount of tax it pays (about £77bn or roughly 11% of UK tax receipts), and how much of GDP it represents (about 7%).

While banking and finance is a hugely successful industry for the UK and makes a vital contribution to its economy, this approach sounds to many people like “we pay for your hospitals, so get over yourselves”. That may be the case, but it doesn’t win you many friends.

If the industry wants to bridge the gap with the rest of society it should start by talking about itself in a different way. How it helps companies and governments raise money to invest in jobs and growth and manage future risks. How it helps millions of people who don’t have the time, skill or inclination to manage their own money to save for their future retirement. Or, how it manages a complex payment system that means people’s wages appear in their accounts like magic or that they can buy something in a shop with a wave of their phone.

Whenever possible, this should be framed in terms of concrete examples of how what the City does is relevant to people’s everyday lives even if they live hundreds of miles away from it. To pick a random example from the many thousands available: how those nasty gamblers and speculators in the City helped the University of Leeds raise £250m to invest in research facilities and student accommodation (or change the name of the university to Oxford, Liverpool or Manchester, whichever you prefer).

Instead of talking about itself, the City should focus more on the outcomes it delivers for its customers and the vital role it plays in underpinning a modern economy. This in turn – over time – will shift the thinking in the industry towards the interests of its customers, which will start to change fee structures, business models and incentives.

If in 2027 the chief executives of banks don’t want to still be having public arguments over bankers’ bonuses and don’t want the industry to still be a political punchbag, changing the way they think and talk about what they do – and why they do it – would be a good place to start.

* Sergio Ermotti was speaking at a conference organised by the FT on the future of banking in November when he was asked by Sir Paul Tucker why banks didn’t cut bonuses to increase profitability. Sir Paul, whose pay as deputy governor of the Bank of England before he left in 2013 was roughly 1/30th of Ermotti’s in the same year, also argued that bankers enjoyed big bonuses when times were good but passed the losses on to taxpayers during the crisis. While Ermotti correctly pointed out that Swiss taxpayers made a profit on the bailout of UBS in 2008, he didn’t mention the fact that since 2010 UBS has used its losses during the financial crisis to pay no tax on pretax profits of more than CHF 26 billion.