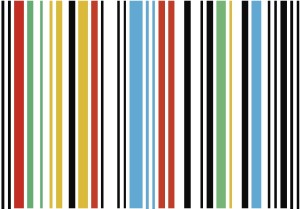 A signal of intent: report on diversity disclosure in European capital markets

Diversity disclosure is an opportunity for the European capital markets industry to get ahead of regulation, signal that it is serious about cultural change, and inform the debate with facts rather than anecdotal evidence. The latest report from New Financial analyses what the biggest companies and organisations across the financial markets tell us about their approach to diversity on more than 50 criteria.

In May 2014, Google published its first diversity report, a first among the big US tech companies, stating: “We’ve always been reluctant to publish numbers about the diversity of our workforce at Google. We now realize we were wrong, and that it’s time to be candid about the issues.”

After Google, other big US tech firms disclosed their data, including Apple, Facebook, Microsoft, Twitter and Yahoo!

Capital markets participants could choose to emulate the US tech industry’s voluntary disclosure initiative, by admitting there is a problem, disclosing the numbers and engaging in a public debate to improve the situation – without waiting to be told what to do by regulators and governments.

We looked at diversity numbers, targets and track record, as well as initiatives, networks and how diversity is incorporated into recruitment practices.

Why should we care about diversity disclosure?

Not disclosing that data, even if it paints a depressing picture right now, shuts down an important discussion about whether the diversity dial is shifting, and if not, why not.

Here are some of the highlights of the report:

– Diversity is becoming a standard feature of annual reporting for the capital markets industry, with 90% of our sample mentioning diversity and 77% publishing hard numbers about workforce diversity.

– Several companies are taking a lead on diversity disclosure. Our top three firms are the Bank of England, Lloyds Banking Group, and the Financial Conduct Authority.

The not so good news:

– The data set is not consistent. There is huge variety in the depth and nature of disclosure, which makes comparison between peers, across sectors and over time very difficult.

– While more than three-quarters disclose some diversity data, only 43% provide historical comparisons and just 27% set targets.

– The capital markets industry is starting from a very low base on diversity disclosure. Of our sample, 15% scored zero, a third scored 5% or less, and almost half score 10% or less.

New Financial is planning to design a standardised model for diversity disclosure. This report is the starting point for a discussion about what information is most useful for companies to disclose.

It is important to remember none of the challenges that the capital markets industry faces to improve the diversity of its talent pool are unique to financial services. Nor are these issues that can be easily resolved at company or even industry level. New Financial’s aim is to better inform this debate and provide food for thought for all market participants.

This report is part of a series of events and publications on diversity. If you are interested in taking part in these events or have any suggestions for our future research, please contact Yasmine Chinwala on yasmine.chinwala@newfinancial.eu