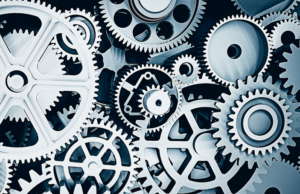 Report: A new sense of urgency – the future of capital markets union

Capital markets union is five years old. Depending on your view, CMU is either an ambitious initiative to reduce the EU economy’s reliance on its struggling banking system, map the challenges facing capital markets in the EU, and lay the foundations for further growth in the decades ahead – or a missed opportunity for fundamental reform that avoids the difficult questions and that will do little more than tinker at the edges of the problem.

This report argues that while the concrete output from CMU over the past five years has been relatively modest, a lot of the criticism levelled at the CMU project is unfair. Not least, CMU has put capital markets on the political agenda and – for the first time – has framed capital markets as part of the solution to Europe’s economic and social challenges, instead of being part of the problem.

However, the EU and individual member states need to inject more urgency and ambition into CMU if it is to deliver on anything like its promise. This report outlines what we think is an ambitious but achievable roadmap.

The report addresses the following questions:

We are particularly grateful to more than 40 guests who took part in a series of workshops over the summer to thrash out some ideas for this paper; and to our members for their support of our work in making the case for bigger and better capital markets in Europe.

2) On the agenda: while the concrete output of the CMU project has been relatively modest in its first five years, we believe that much of the criticism of CMU has been unfair. Most importantly, CMU has put capital markets on the political agenda and – for the first time – has framed capital markets as part of the solution to Europe’s economic and social challenges, instead of being a big part of the problem.

3) The main barriers: in the coming decade the EU will have to work hard to ensure that CMU overcomes the main barriers that have limited its progress so far. Most obviously, it will need closer political alignment between the European Commission, European Parliament and member states – and a concerted effort by the financial services industry to regain the trust of European policymakers and citizens.

4) More capital markets: the arguments that made a compelling case for CMU back in 2014 are even more compelling after Brexit. The EU27 needs bigger and deeper capital markets to reduce its reliance on bank lending, to diversify funding for companies, to help address the pensions time bomb, and to help fund the investment needed to address climate change. Much of this work needs to be done at a national level.

6) Some principles for the next phase: five core principles can help guide the next phase of CMU: i) a clearer distinction between ‘more union’ (EU-wide initiatives to drive integration) and ‘more capital markets’ (at a member state level); ii) making a better case for capital markets; iii) a more focused and prioritised action plan; iv) a focus on competition and transparency; and v) an ‘open CMU’ that retains a global perspective.

7) Regulation and supervision: redesigning the supervisory and regulatory framework in the EU will not on its own create a CMU, but it will be impossible to have a fully-integrated capital market without significant change. Moving towards centralised markets supervision and redefining the mandate for regulators will be an important step.

8) Deeper pools of capital: you cannot have deep capital markets without deep pools of capital. This should be the top priority for the next phase of CMU. While pensions reform is beyond the remit of the EU, it can work closely with member states to incentivise and encourage best practice, such as the phased introduction of auto-enrolment workplace pensions.

9) Laying the foundations: there are few better examples of the barriers ahead to CMU than the complex patchwork of stock exchanges and market infrastructure. The EU should encourage more consolidation, more competition, and more transparency to accelerate closer integration. At the same time, it can work with member states to develop a more appropriate and consistent tax regime to incentivise more investment and a longer-term focus.

10) A national prerogative: ultimately most of the big levers to encourage the growth of bigger and better capital markets can only be pulled by individual member states. If national governments want to ensure that companies in their country have access to a diverse range of short- and long-term funding to invest in jobs and growth, that savers have access to low cost and sustainable investment and retirement products, and that cross-border investors want to invest in their country, it is up to them – and not the EU – to act.