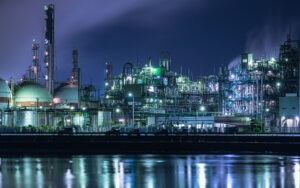 Energy companies require more than $1 trillion per year in ‘transition finance’ to decarbonise their operations and hit their net zero targets by 2050.  This report shows that transition finance as it stands is a long way short of raising the required amounts to clean up the energy sector; analyses why transition finance has not taken off in the same way as green finance; and outlines some ideas on how issuers, investors, investment banks, and policymakers can move the dial on transition finance.

New Financial is a social enterprise that relies on support from the industry to fund its work. To request a copy of the paper, please click here.

Since the Paris Agreement was adopted in 2015 to limit global warming, companies, governments, and markets have been trying to direct finance and investment to projects that will decarbonise society and create a more sustainable economy. While much of the current debate focuses on ‘green finance’, this report focuses on the less popular but important issue of ‘transition finance’ and the role of capital markets in helping the most polluting companies in the energy sector reduce their impact on the environment and support the transition to net zero by 2050.

Transition finance is an inconvenient truth in the debate on climate change: in order to ensure a stable and orderly transition, energy companies and other high-emitting companies will need to be become greener before they can become genuinely green. This means more investment in ‘light brown’ projects focused on reducing their environmental impact. The current energy and cost-of-living crisis – a direct outcome of Russia’s invasion of Ukraine – shows what happens when society and the economy are too dependent on carbon-intensive fuels. But most oil and gas companies are resisting the transition and are still channelling the vast majority of the funding they raise in the capital markets into ‘business as usual’ activities.

The value of transition and green finance – which, combined, we call ‘low-carbon finance’ – raised by the total energy sector has doubled in nominal terms since 2015. But for fossil fuel companies, which account for two thirds of carbon emissions in the sector, low-carbon finance only represents a fifth of their capital raising. The majority of financing is still going towards ‘business as usual’ projects such as oil exploration and coal extraction, and the majority of fossil fuel companies are a long way short of the sort of investments they would need to meet their net zero targets by 2050.

This report defines what we mean by ‘transition finance’ and ‘green finance’; gives an overview of the state of low-carbon financing across the energy sector; and zeroes in on the most carbon-intensive companies. We then provide a breakdown of transition finance by instrument and offer insight into oil and gas companies’ capital expenditure commitments. The final section offers some perspectives on why the labelled transition bond market has failed to take off, and what steps investors, asset managers, and policymakers can take to move the dial on transition finance.

Although low-carbon investment in the energy sector is increasing, it is nowhere near where it needs to be. Of the total $558bn low-carbon finance raised in 2021, transition finance made up $284bn – a figure that needs to quadruple (and quickly) to reach the levels required for a stable and orderly transition to net zero. Given that organisations like the Intergovernmental Panel on Climate Change (IPCC) argue that no further development of fossil fuel facilities can be made if the world wants to reach net zero by 2050, it is a worrying sign that there are still very high levels of ‘business as usual’ financing. Turning the tables and transforming ‘business as usual’ financing into ‘transition’ and ‘green’ financing will require issuers, investors, investment banks, and policymakers to reassess the transition in the energy sector.

The failure of labelled ‘transition bonds’ is accompanied by an apparent lack of ambition and commitment to ‘transition plans’. We analysed the transition plans of 20 of the largest oil and gas majors: three quarters of those plans do not address the majority of emissions from these companies, and provide little detail on how companies will achieve their targets. The recent work by the Transition Plan Taskforce is promising, but it is up to the companies to set more ambitious and detailed targets.

Although the worst polluting companies make up more than two-thirds of emissions and three-quarters of capital raising by energy companies, they raised only a fifth of total low-carbon investment between 2015 and 2021. The remaining four-fifths of low-carbon financing was raised by companies that we have labelled ‘transitional’ and ‘green’. For low-carbon investment – and in particular, transition finance – to work, the majority of it must go toward the worst polluting sectors and help replace fossil fuels.

Of the total capital raising by the global energy sector between 2015 and 2021, almost a third was low-carbon finance, split roughly equally between green and transition. But for ‘bad’ companies – or those that are the worst polluters – less than 10% of their total capital raising was green or transition finance. More than 90% of financing for ‘bad’ companies was ‘business as usual’, with much of that financing marked for ‘general corporate purposes’ like oil exploration and coal extraction.

One tiny step in the right direction when it comes to financing the transition is the increase in the share of capital expenditure (capex) that is being allocated to low carbon investments by the most carbon intensive firms. Our analysis of capex at 20 of the largest oil and gas majors shows that they allocated $12bn in capex to low carbon projects last year, nearly double the level of previous years. Their own projections show this increasing to $42bn by 2030. However, it is important to note that this only represents 6% of their combined capex last year and will still only represent 16% of their total projected capex by the end of the decade. This is nowhere near where it needs to be to transform the sector.

8) On the rise or plateauing?

Based on preliminary data for 2022, it looks like the record-breaking value of low-carbon capital raising in 2021 has already plateaued. Growth in 2022 has stalled and the overall shares of ‘business as usual’ and low-carbon financing from the energy sectors are set to remain about the same as last year. This is particularly worrying given that oil and gas companies are enjoying a record year in profits. Firms are returning money to shareholders at a rate of more than $10 for every $1 invested in green or transition finance. This may give the impression that fossil fuel companies are not fully committed to the transition – perhaps not entirely surprising given that the return-on-investment projections on ‘business as usual’ projects are higher than on low-carbon projects at current prices. To paraphrase St Augustine’s famous prayer: ‘Lord make me sustainable, but not yet’.

9) Small but important role for equity

While there has been a steady increase in the value of transition and green finance, it is nowhere near enough to transform the worst polluting companies. In order to get back on track, these companies will need to demonstrate a stronger commitment to the transition, integrate their transition plans into their strategy, and provide investors with more detailed and coherent transition plans. Investors and intermediaries will also need to develop a more consistent and robust framework for engaging with energy companies on transition finance. Without significant progress – and fast – it is unlikely that the energy sector will be able to reduce its impact quickly enough, which is in turn likely to prompt policymakers and investors to penalise the sector.

I would like to thank Maximilian Bierbaum for his support on this report, William Wright for his insight and feedback, Dealogic for providing access to much of the data, and our members for supporting our work on sustainable finance. Any errors are entirely my own.