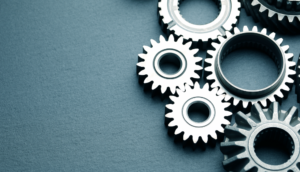 Report: The Crisis of Capitalism

Few sectors of the economy have been blamed more for fuelling popular anger with capitalism as banking and finance – and few sectors have as much to lose from the backlash against it. This report analyses why so many people are so angry, summarises the main causes of the widespread loss of faith in capitalism over the past few decades in the form of 10 different types of real and perceived inequalities, and outlines the main policy responses that have been proposed.

New Financial is a social enterprise that relies on support from the industry to support its work. If you would like to request a copy of the full report, please click here

Jamie Dimon thinks it is ‘fraying’, hedge fund manager Ray Dalio thinks it is no longer working for the majority of Americans, while Jeremy Corbyn, Bernie Sanders, Elizabeth Warren and millions of their political supporters want to turn it on its head. Capitalism, it seems, is in crisis.

Nearly 50 years after Milton Friedman declared that the sole responsibility of a company is to its shareholders, the mantra of shareholder value and the relentless pursuit of profits may have run its course. And you don’t have to be a flag-waving socialist to recognise that something has gone wrong.

Few sectors of the economy have done more to fuel popular anger with capitalism as banking and finance – and few sectors have as much to lose from the backlash against it. Finance can also be one of the most tin-eared sectors when it comes to understanding why so many people are so angry with capitalism and what they perceive as its failure to deliver on its basic promise of increased prosperity for all.

We thought it would be useful to pull together a summary of the main reasons behind the popular backlash against capitalism, and to flag up the wide range of policy responses that have been floated as potential solutions. We have presented the drivers of the crisis of capitalism as a series of different types of inequalities; from the widening gaps in income and wealth, to regional and intergenerational inequality, and the perceived inequality of accountability, behaviour and power between big companies and the rest of us. They make for sobering reading.

The report is not a theoretical analysis of the merits or otherwise of capitalism and focuses instead on how the outcomes from capitalism are experienced and perceived by people around the world. And, with an election in just a few days, it is not a New Financial manifesto for change. New Financial was founded on the basis that markets can and should be a force for economic and social good. But capitalism is in danger of losing the social licence from which it derives its legitimacy.

The good news is that capitalism remains the best available system to address the problems that it causes – but only if those who practice and preach it recognise those problems, accept the need for change, and make concrete commitments to reform. Understanding the causes of the loss of faith in capitalism is the first step towards reforming and preserving capitalism for the greater good.

Here is a short summary of the main drivers of the ‘The Crisis of Capitalism’:

1) Income inequality: income inequality has widened over the past few decades as capitalism has failed to deliver on its promise of raising living standards for all. Since 1970, median pay in the US has flatlined in real terms, while the pay of the top 20% has doubled. Average wages in the UK have still not yet recovered in real terms to their 2008 peak – a decade on from the financial crisis.

2) Wealth inequality: the growth in wealth inequality has been even more pronounced. The share of total wealth owned by the top 1% has doubled in the UK and US over the past 40 years, and the combined wealth of the top 10% of adults in the UK is five times that of the bottom half of the population.

3) Regional inequality: globalisation and the shift to a knowledge-based economy has concentrated wealth, jobs and commercial activity in big cities and widened the income and productivity gap between regions. Economic output per capita in London is three times higher than in parts of northern England, and average incomes in London are twice as high.

4) Intergenerational inequality: the divide in wealth and income is particularly acute when viewed from a generational perspective. Capitalism is failing in its basic promise that the next generation will be better off than the current one: less than half of people in the UK believes this is true. In the US, only half of 30-year-olds earn more than their parents, compared with 90% in 1970.

5) Inequality of opportunity: people tend to accept unequal outcomes if they believe the system is fair but more than two thirds of people in the UK believe society is rigged towards the rich and powerful. Access to good education sits at the heart of this sense of widening inequality of opportunity. Social class, education, ethnicity and gender remain a huge barrier to the best jobs.

6) Inequality of representation: the loss of faith in capitalism is closely linked to the loss of trust in traditional politics, fuelling the recent rise of populism. Around two thirds of people in Western economies believe that ‘mainstream politicians don’t care about people like me’ and feel increasingly powerless.

7) Inequality of employment: the fault line between high-paid and high-productivity jobs in knowledge-based sectors and everyone else has widened, creating a two-tier employment system. Average pay in finance and technology is more than double that of retail and hospitality. A growing ‘precariat’ of workers are on insecure contracts with low pay, limited benefits and protections, and limited prospects.

8) Inequality of behaviour: the mantra of shareholder value and the relentless pursuit of profit over the past 50 years has stretched the social contract between business and society. This has fundamentally changed companies’ relationship with employees, suppliers and customers: workers feel expendable, suppliers are beaten into submission on price, and customers often feel exploited.

9) Inequality of power: ‘big business’ and ‘crony capitalism’ have long been problematic. The increase in market power and concentration means that larger firms are increasingly able to influence the rules under which business operates. This can create a vicious circle: large firms become more powerful and monopolistic, stifling competition and undermining the wider benefits of capitalism to consumers.

10) Inequality of accountability: ‘big business’ can give the impression that it doesn’t have to play by the same rules, such as paying tax, and being held accountable for failure. Too often governments appear to acquiesce, creating an uneven playing field between large and smaller companies – and between capitalism and consumers.