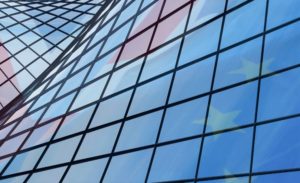 Report: What do EU capital markets look like on the other side of Brexit?

This report shows that post-Brexit capital markets in the EU will be significantly smaller and less developed relative to GDP than they are today – and that the UK’s current dominance of EU capital markets activity will be replaced by the dominance of France and Germany.  The report also raises some difficult questions over the future relationship between the EU and UK in key sectors.

New Financial is a social enterprise that relies on support from the industry to facilitate its work. If you would like to request a copy of the full report, please click here

With the end of the transition period less than a month away, this short paper is an updated and expanded snapshot of what capital markets in the EU will look like on the other side of Brexit. In summary, the departure of the UK means that EU capital markets will be significantly smaller, less developed, and more French than they are today.

EU capital markets will shrink by around a third overall – and in some sectors by more than 80% – and the current dominance of the UK will be replaced by an effective duopoly of France and Germany, who between them will account for 45% of all EU activity.

The EU will also lose a significant part of its footprint in global capital markets, with implications for both the EU and the UK in terms of their role in shaping future global standards.

At the same time, large parts of EU capital markets activity will effectively be based offshore in the UK – particularly in sectors such as trading and asset management where firms have chosen to concentrate large parts of their EU activity in London. This will pose difficult questions for the EU in terms of its ‘strategic autonomy’ and how much of that business it seeks to repatriate, and will be a big factor in what may be a difficult future relationship with the UK.

And, in highlighting the relative underdevelopment of capital markets in the EU27, the report also underlines the urgency for policymakers across Europe to focus on developing bigger and better capital markets to support growth and investment.

Here is a 10-point summary of ‘What do EU capital markets look like on the other side of Brexit?’:

2. A smaller global footprint: Brexit will significantly reduce the EU’s global footprint in capital markets. Today the EU is the second largest capital market in the world with a combined share of 22% of global activity. That is nearly half the size of the US, but a significant lead over its nearest rival China. The departure of the UK will reduce this share to 13% – around one third the size of the US and roughly the same as China.

3. The impact by sector: the impact of Brexit on the size of capital markets in the EU will vary hugely between different sectors. In derivatives and foreign exchange trading, more than 80% of EU-wide activity is in the UK. Bond markets in the EU will be around one fifth smaller, equity markets will shrink by around one quarter, while pensions assets and assets under management will shrink by nearly half.

5. A loss of UK dominance: the UK currently dominates EU banking and finance and is the largest market in the EU in 21 out of 28 sectors that we looked at (France is the largest market in four sectors). This has given the UK an outsize influence in EU banking and finance: the UK will lose much of that influence, and the EU will lose much of the UK’s experience.

6. An offshore hub: Brexit will pose particular challenges in sectors where firms have chosen to concentrate their EU activities in the UK and could (in the short-term at least) mean that significant amounts of EU business are conducted ‘offshore’. More than three quarters of trading in the EU of euro-denominated derivatives and FX is conducted in the UK; more than half of all euro-denominated derivatives are cleared through UK based CCPs; nearly half of all trading of EU27 stocks is conducted on UK-based platforms, and around two thirds of trading in bonds issued by EEA firms and governments is conducted in the UK.

7. Vive le Brexit?: France will be by far the biggest capital market in the EU on the other side of Brexit with a share of total activity of around 24%, ahead of Germany on 20%. It will be the biggest market in the EU in 16 of the 28 sectors we looked at, ahead of Germany with eight sectors. This shift in influence from the UK to France and Germany is likely to lead to a change in the tone and direction of policy and regulation in EU capital markets on the other side of Brexit.

9. Banking on banks: Brexit means that the EU economy will be even more exposed to a struggling banking sector than it is today. The share of corporate debt coming from bank lending in the EU27 is 77% (compared with 74% if you include the UK), with corporate bonds representing just 23% (versus 26% for the wider EU). Listed equity and corporate bonds represent a much smaller share of the total liabilities of companies in the EU27 than for companies in the UK.

10. Safety first: the same effect is apparent with savings and investments. The share of household financial assets held in bank deposits in the EU will increase slightly as a result of Brexit to 32%, while the share held in pensions or insurance products will fall. Total household financial assets as a percentage of GDP in the EU will decrease by around one tenth to 229%.

Thank you to Panagiotis Asimakopoulos at New Financial for conducting much of the heavy-lifting in this report; to the many individuals who have fed in to this paper through our events programme; and to our members for their support for our work in making the case for bigger and better capital markets in Europe. We welcome feedback on our approach and conclusions: to email us about the report, click here. We apologise for any errors, which are entirely our fault.