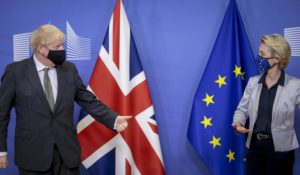 In the past few weeks, it has been quite surprising to see how many people appear to be surprised that the UK’s financial services industry / the City ended up with so little from the Brexit deal, or that there would be an immediate impact on some parts of the industry. This short paper summarises where we are, how we got here, and where we might go from here. In short:

As we have been warning for the past year, financial services has ended up with a ‘No Deal+’ Brexit: in other words, virtually nothing. There is very little of substance on finance services in the trade deal itself, and the blow has been softened a little with two equivalence decisions (clearing and settlement). To be clear, this is a lot better than a straight ‘No Deal’ Brexit, which would have caused significant economic and market disruption, and poisoned the political relationship between the UK and the EU.

A deliberate approach: most importantly, the outcome for financial services is the direct result of a series of deliberate decisions by the UK government (though that should not be confused with ‘the UK got what it wanted’). Here are four specific ‘deliberate’ decisions taken by the UK that have steered us to where we are:

An accidental outcome: while the exclusion of financial services from the deal was largely the result of deliberate decisions, there are some more accidental reasons for ending up where we are:

We are where we are with Brexit, whether you like it or not. Here are some initial thoughts on the outlook for the next few months and how the UK can respond to Brexit in the longer term. For a more detailed analysis of these options, please refer to a playbook of 25 recommendations from our recent report on ‘Beyond Brexit’: